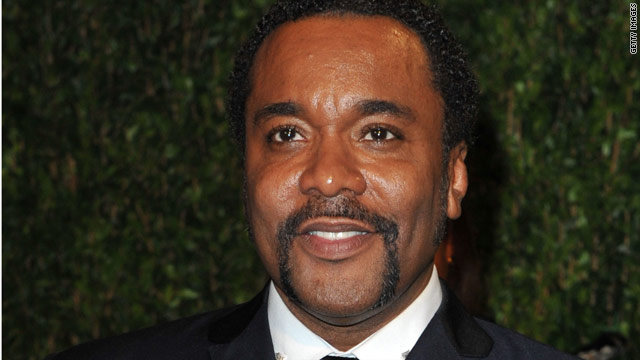 The festival drew more than 3,000 participants to Miami, Florida, for four days of workshops, panel discussions and movie screenings.

Aspiring writers, directors, producers, actors and others flocked from across the United States and overseas for the opportunity to share their work and network with some of Hollywood's elite.

Celebrated director Spike Lee taught a master class on filmmaking and offered a sneak peak of his latest project, the documentary "If God Is Willing and the Creek Don't Rise," a follow-up to his acclaimed film "When the Levees Broke: A Requiem in Four Acts" about the Hurricane Katrina-ravaged Gulf Coast.

Despite his schedule, Lee said he returns to support the festival whenever he can.

"It's always reinvigorating to see new talent," Lee said of the festival. "I was where they are many, many, many years ago."

Lee's new film will be shown on HBO, which has been sponsoring the film festival since the beginning. Time Warner, HBO's parent company, also owns CNN.

Festival founder Jeff Friday declared the event a success and said it has grown from humble beginnings when it was known as the Acapulco Black Film Festival.

"We are seeing so many talented men and women who are drawn here year after year, and the films this year are incredibly diverse," he said. "This has become the premier film festival for black artists and filmmakers."

Producers Will Packer and Rob Hardy are two such individuals who have made the festival an annual destination. Their company, Rainforest Films, was well-represented as their film "Takers," starring festival ambassador Idris Elba, opened the event, while another project, "Stomp the Yard: Homecoming," closed it.

"This is the place to be," Packer said on the red carpet of the festival premiere for the action thriller "Takers." "There's no other place like it where so many black filmmakers and artists can come together to share and celebrate the work."

The festival sponsored a community screening Sunday of "Stomp the Yard: Homecoming," the sequel to the hit film about students at a historically black college, at a Miami high school.

Attendees to the festival were able to gather information on everything from production and budgeting to how to make films that will make money.

A group of professional athletes participated in a pilot program aimed at educating them about the film industry.

The Pro-Hollywood Initiative was conceived after Baltimore Ravens football player Terrell Suggs attended the festival last year seeking information for his newly launched production company. He went on to produce his first film, "Sisters," based on a screenplay by a writer he met at the festival.

Jennifer Thibeaux was the professional coach for the Pro-Hollywood Initiative athletes and said they often have the connections and the resources to get projects greenlighted but lack the knowledge.

"The players got an in-depth, behind-the-scenes look at the industry from people like Spike Lee and Robert Townsend," she said. "They were inspired and they were motivated. They have been ringing my phone saying, 'OK, what do we do next?' "

One of the weekend's highlights was the festival's honors program. R&B chanteuse Chrisette Michele was presented with the rising icon award, and Academy Award-nominated "Precious" director Lee Daniels received the career achievement award.

"I've been to film festivals all over the world, and I can say this is the best," Daniels said. "We are one; we are all black filmmakers."

Actress Golden Brooks, best known for her role as Maya on the hit sitcom "Girlfriends," won the best actress award. She said it is imperative that black artists celebrate each other.

"This is going to create more buzz, and it will get more people out there to support our work," Brooks said.

Indeed, hundreds of fans showed up to screenings and red carpet events for the chance to catch a glimpse of some of the cast members and celebrities in attendance, including "Law & Order: Special Victims Unit" actress Tamara Tunie, "The Game" star Pooch Hall and "Soul Food" star Darrin Dewitt Henson.

Other award recipients included the HBO Star Project winners Emayatzy Corinealdi and Stephen Hill; the film "Legacy," which won for best movie, and "Stag and Doe," which won the HBO short film competition.