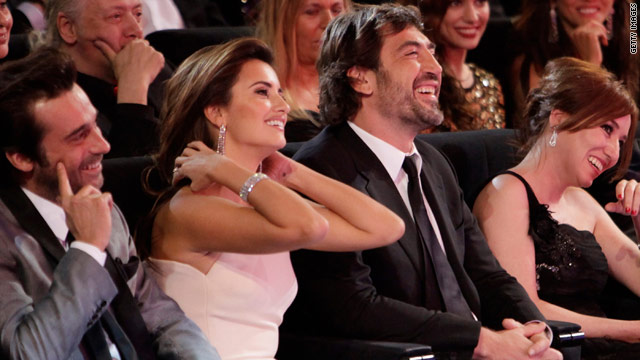 The wedding took place at a friend's house, said Cruz's publicist Amanda Silverman, without specifying exactly when it happened.

It was a small ceremony with just family members, Silverman said.

Both Bardem and Cruz are Academy Award-winning actors.

Bardem, 41, won the Oscar for best supporting actor for his role in the 2007 movie, "No Country For Old Men."

Cruz, 36, won an Oscar in 2009 for her supporting role in "Vicky Cristina Barcelona." The couple started dating in 2007 and appeared on screen together in the film.

Prior to that, Cruz was linked to Matthew McConaughey and Tom Cruise.