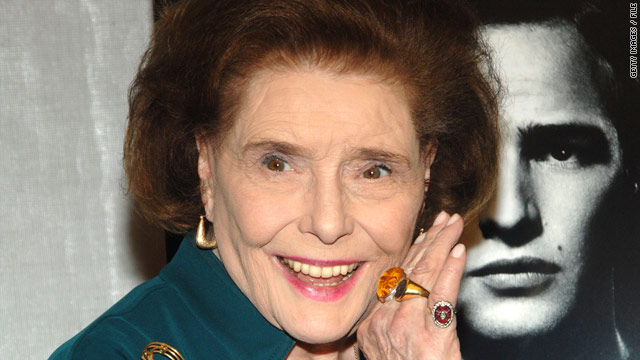 (CNN) -- Academy-Award winning actress Patricia Neal, whose off-screen life was one of dramatic triumph over adversity, died Sunday at her home in Edgartown, Massachusetts. She was 84.

Neal died of complications from lung cancer, according to the Patricia Neal Rehabilitation Center.

"The theatre and movie world has lost a great talent but, at the Patricia Neal Rehabilitation Center, we have also lost a friend," said a statement from the Knoxville, Tennessee, center that bears the actress' name and assists people in recovering from strokes and brain injuries.

Video: The faith of Patricia Neal

Neal is best known for her role as Alma in "Hud," where she played a housekeeper who did not fall for cowboy Paul Newman's charms. She won an Academy Award for the role.

Soon after her Oscar win, Neal suffered back-to-back strokes -- three in all. For a while, she lost her ability to speak and walk. But she returned to the screen -- and to another Oscar nomination -- for the movie "The Subject Was Roses."

"Ms. Neal took great joy in meeting patients and their caregivers every time she visited Knoxville," said a statement from the Fort Sanders Regional Medical Center where the Neal rehabilitation center is located. "We will always remember her elegance and sincerity. She will be greatly missed."

Neal also won a Golden Globe award for her performance as Olivia Walton in 1971's "The Homecoming: A Christmas Story," the television movie that served as the pilot episode for the TV series "The Waltons." Concerns over Neal's health and her ability to handle the difficulties of a weekly television series led the producers to offer the role to Michael Learned when the show when into production.