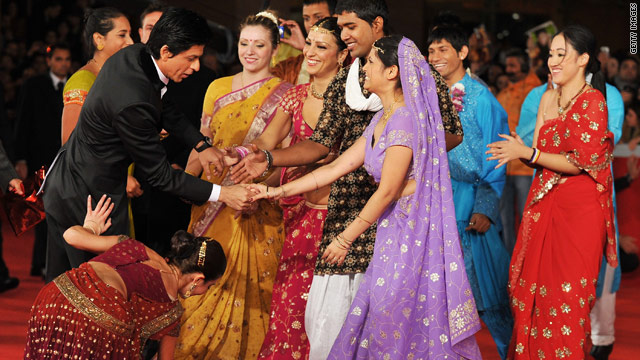 Los Angeles, California (CNN) -- Hollywood and India's Bollywood have signed a historic cooperation pact that will have the world's two leading film industries working together in areas from production to distribution to content protection.

Leaders from the two industries met in Hollywood this week for a two-day session to discuss economic development and collaboration.

Signing an official pact at Paramount Pictures Studios in Hollywood, representatives from the two entertainment powerhouses declared to develop and strengthen motion picture production, distribution, technology, content protection and commercial cooperation, according to a release issued by the Motion Picture Association of America.

The event was attended by Los Angeles Mayor Anotonio Villaraigosa as well as many of Hollywood's and Bollywood's industry elite.

"This declaration reinforces our city's commitment to attracting international production," Villaraigosa said. "In the past year, we have already seen Hindi movies such as 'My Name is Khan' and 'Kites' filmed in Los Angeles, and we enthusiastically welcome further Indian production in Los Angeles."

Jonathan Kuntz, visiting associate professor at the University of California at Los Angeles' school of theater, film and television, told CNN the agreement appeared to be more an effort by each film industry to hunt for financing in the other country. The pact also seemed a promotional effort by Los Angeles officials to drum up film productions for Hollywood, he said.

"I think the connection will be more at the financial level," Kuntz said.

Los Angeles officials appeared to be seeking film productions to replace those that have moved to other states or countries where costs are cheaper, he said.

"The fact that it's being presented by the city and the mayor indicates their desire to have more films shot in the Los Angeles area to compensate for all the runaway productions that have gone to other places," Kuntz said.

Announcing the pact, Bob Pisano, president and interim chief financial officer of the Motion Picture Association of America, called the move an important step in growing both industries.

"The numerous co-productions with Indian studios over the past several years are evidence of a growing bond between our two industries. Today's action is an important step toward furthering that growth," Pisano said.

Tamil producer and Film Federation of India President L. Suresh compared the collaboration between Hollywood and Bollywood to the close ties developed between the United States and India during the technology boom.

"In addition to the Hindi film industry, the southern and regional Indian film industries also welcome the opportunity to work hand and hand with Hollywood. Already we have seen significant collaboration in technology between Hollywood and South India, and we will soon see collaborations in production," Suresh said.

Both Hollywood and Bollywood have worked together in numerous co-production and joint investments in the past. According to the Motion Picture Association of America, in March of this year the two joined forces in Mumbai, India, to launch the Alliance against Copyright Theft, a Bollywood-Hollywood content protection coalition in India,