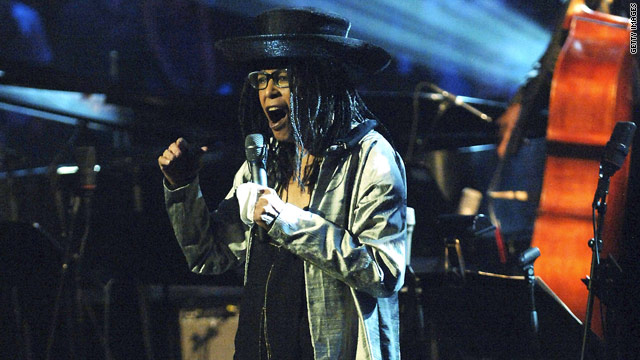 (CNN) -- Abbey Lincoln, a jazz singer, songwriter, actor and activist, died on Saturday at age 80 in New York City, a friend of hers told CNN.

Carol Friedman, who has been working on a documentary about the singer for some 20 years, said Lincoln died of natural causes Saturday morning in Manhattan. She declined to provide further details.

Lincoln started performing in the 1950s when she released her first album, "Abbey Lincoln's Affair ... A Story of a Girl in Love." Often said to have been heavily influenced by the legendary jazz singer Billie Holiday, Lincoln continued to write and perform for six decades.

She was also well-known as an actress. She co-starred with Sidney Poitier in the 1968 film, "For Love of Ivy," for which she received a Golden Globe nomination.

You know, when everything is finished in a world, the people go to look for what the artists leave.
--Abbey Lincoln

During the 1960s, Lincoln became active in the civil rights movement. She sang on the album, "We Insist! -- Max Roach's Freedom Now Suite." She was married to the jazz musician Max Roach during the 1960s. They divorced in 1970.

Speaking to National Public Radio before her death, Lincoln reflected on her life and art.

"You know, when everything is finished in a world, the people go to look for what the artists leave," she said. "It's the only thing that we have really in this world -- is an ability to express ourselves and say I was here," she said.