by Will Hermes, Rolling Stone 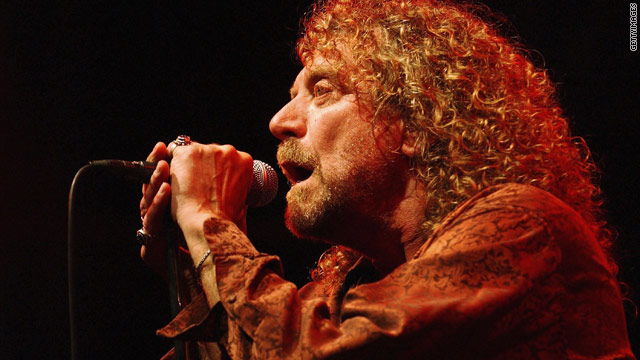 (Rolling Stone) -- Robert Plant's 2007 album with pop-bluegrass songbird Alison Krauss, Raising Sand, did something 25 years of solo records never quite managed. It fully transformed him from former Led Zeppelin golden god into a roots singer. Plant had never sung so tenderly or collaboratively, commanding a crack modern string band that defined power in terms other than "Physical Graffiti".

"Band of Joy" -- named after Plant's first band with late pal John Bonham -- smartly takes some cues from "Raising Sand." Plant uses an A list of country voices and players (Patty Griffin, Buddy Miller) and an inspired mix of vintage and modern songs. If it's not quite as seamless and sublime a record, well, it's pretty damn good, and what it lacks in coherence it makes up for in magnified rock & roll mojo.

Miller helps with the latter. The journeyman guitarist-songwriter (and former Emmylou Harris collaborator) co-produced the record with Plant, and he contributes muscular playing and singing. His guitar is low and nasty on the lead cut, a coiled, mandolin-dusted cover of Los Lobos' "Angel Dance." And he opens up on "House of Cards," a cover of Richard Thompson's scalding 1978 folk rocker, bright leads carving the air while Plant and Griffin's harmonies recall Zep's "The Battle of Evermore."

But what's most striking is Plant's vocal versatility. As a solo act, his songwriting has been spotty, if impressively versatile. But he's proved himself to be an excellent interpreter, from his 1984 "Honeydrippers" EP of old-school R&B and pop through Raising Sand. He does the same here, and the songs give him plenty to work with. He returns to the late, great Townes Van Zandt (whose "Nothin' " was a highlight on Sand) for the bleak "Harm's Swift Way," working a metaphor that turns the idea of time into a woman beyond a man's control. Plant doesn't oversing a whit, delivering poetic meditations on mortality with Griffin's harmonies clinging to him like a spangled death shroud.

The two most striking songs are the most left-field, both penned by the brooding husband-wife indie-rock band Low. "Silver Rider" is a glittering dirge, another showcase for Griffin, who's such a good songwriter that's it's easy to forget what a great singer she is. Plant sings "Monkey" almost as a whisper. "It's a suicide/Shut up and drive," he snarls, in what sounds like the opening scene of a David Lynch film. It's as menacingly restrained as anything he's ever uttered.

This is a record primarily about loss and time's march, and Plant sings with gravity, working his middle range. It doesn't all click. "Even This Shall Pass Away" tries too hard for profundity. And the old spiritual "Satan Your Kingdom Must Come Down" mostly makes you want to hear Plant back cruising Lucifer's daughter on "Houses of the Holy."

But Plant isn't singing like the old days. The closest he comes is "You Can't Buy My Love," first recorded in 1965 by R&B singer Barbara Lynn. Plant knocks it out playfully, like a lost demo from Led Zeppelin I, with a few hollers and sexy woo-oh-ohs. And in 3:10, it's over. You can't buy his love, and you can't turn back time. It's a notion other rock vets could do well to ponder.