By Gavin Godfrey, Special to CNN 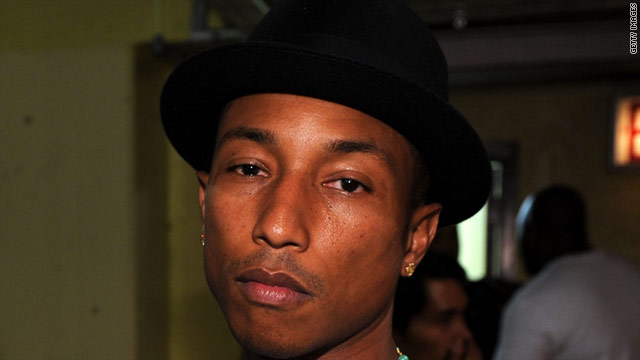 Pharrell Williams is well known for producing and performing hit songs, but these days he is also composing for films.
STORY HIGHLIGHTS
RELATED TOPICS

(CNN) -- The art of music production comes easy for Pharrell Williams, but the Grammy-winning singer/songwriter and producer met his match when Hollywood came knocking on his door.

Williams along with famed Brazilian artist and composer Heitor Pereira ("Curious George," "It's Complicated") scored and wrote the original music for the Universal Pictures/Illumination Entertainment animated feature, "Despicable Me." Under the guidance of the legendary and Oscar-winning Hans Zimmer, Williams wrote the theme song and several other original pieces in the flick.

The man behind the Neptunes, alt-rock collective N.E.R.D., and a slew of chart-topping hits from the likes of Justin Timberlake to Jay-Z admits that he did feel a bit out of his league in the presence of Zimmer ("The Lion King," "Gladiator") and Pereira.

"We often, as artists, put a lot of other things around it, such as video or products or ancillary merchandising, whereas with the world that [Hans and Heitor] work with -- they are sort of like the fulcrum point of a film," said the 37-year-old Williams.

Voiced by Steve Carell, Julie Andrews and Russell Brand, "Despicable Me" has grossed over $250 million in U.S. box office receipts to date and Williams music has garnered much praise.

From the moody title track to the Steely Dan-esque, "Rocket's Theme," Williams makes the transition from producer to composer seem easy.

"Pharrell is not only a great writer and producer of songs," said Chris Meledandri, the film's producer. "He also is a very talented recording artist and performer himself, and the music that he's writing is just an extraordinary fit with the film."

Though he calls Zimmer his "mentor," Williams also considers himself a fan and student of composers, John Williams, Willie Hutchison and of course, Quincy Jones. Williams said that finding that musical balance in the art of visual storytelling was his biggest challenge.

"In a film, the music assists the illustration of the story," he said. "What I've discovered is that there's a serious art in the mastery of telling the story."

"Despicable Me" tells the story of Gru (Carell), a professional thief with aspirations of becoming the top villain in the world by stealing the moon. Gru's world is turned upside down when he adopts three orphaned girls as a part of his grand scheme.

The movie's message about fatherhood and protecting our youth inspired Williams, he said.

Director Chris Renaud, had nothing but praise for Williams.

"I think kind of the vibe that he's delivered has a classic feel too, particularly the 'Despicable Me' theme," Renaud said. "It is evocative of a lot of things like the Pink Panther, the stuff from James Bond, but it's got a very contemporary feel -- I think that's what we were trying for."

The rest of Hollywood seems to have taken notice.

Williams has been approached to score three films, but said he can't reveal any information other than that he has agreed to work on two of the projects. His dream, he said, would be to score a biopic on the lives of Quincy Jones and Donny Hathaway.

"Despicable Me" -- the DVD hits shelves today -- was the single biggest thing to happen in his life, Williams said.

"I just never imagined having this opportunity."