'Nip/Tuck' star: It was easy to push limits 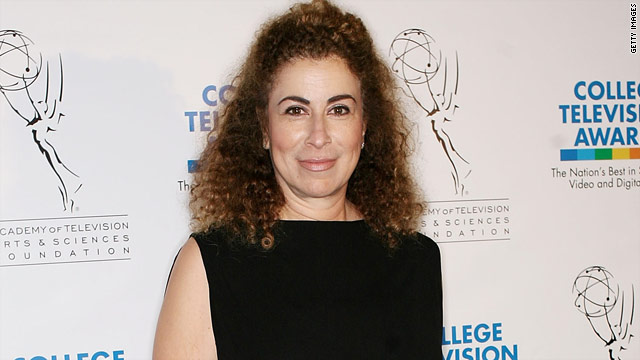 CNN caught up with "Nip/Tuck's" Roma Maffia to talk about her experience with the show entering its final season.
STORY HIGHLIGHTS
RELATED TOPICS

(CNN) -- Wednesday night marked the beginning of the end of the envelope-pushing FX series "Nip/Tuck," as the show starts its nine-episode seventh and final season.

Creator Ryan Murphy has said that the show got so dark along the way, he had to create something lighter. That's how Fox's songfest "Glee" was born.

"Nip/Tuck" began as a drama about two best friends who ran a plastic surgery practice in Miami, Florida. As they treated an ever-bizarre parade of patients, the show's characters constantly found themselves treading in murky personal waters.

Having made Miami a more beautiful place and with the series needing its own facelift, the doctors moved out to Los Angeles, California, in the fifth season.

This season of the show is expected to proceed as business as usual. In the first couple of episodes, the ripped-from-the-headlines medical oddities feature a man waking from a 20-year coma who wants to look like the teenager he was when he went to sleep, a victim of a genetic disorder who can't stop biting off their own lips and a beautiful girl who wants the doctors to make her a little less pretty so that she doesn't get hit on by men so much.

Though the show has had its ups and downs (some critics argued that it jumped the shark in season three), it has regularly satisfied viewer desires for salacious soap opera-esque plotlines coupled with good acting.

CNN spoke with series regular Maffia on where viewers can expect the characters to go in the final episodes, why she loved guest star Rosie O'Donnell and whether the series is ready to come to a close.

CNN: Julian McMahon's Christian Troy started out the show as a self-absorbed ladies' man who goes through women like most people go through socks. Walsh's McNamara has continued to be the nice guy who is constantly getting the short end of the stick in personal relationships. The boys haven't changed all that much in seven seasons, but your character has gone from being a lesbian to marrying and divorcing Troy and starting to find herself along the way. How do you think the characters changed over the course of six seasons?

Roma Maffia: Speaking for Liz, I think that in some ways, she is more jaded but in some ways less jaded and definitely more vulnerable. Whether or not the boys have changed, I don't know so much.

CNN: What can we expect to see from your character before the show says goodbye with its 100th episode?

Maffia: We will see that her work is not going to come first in her life. It's going to be about her getting to that next stage and trying to get a personal life. I think she liked the thought of getting married.

CNN: But she was burned by Dr. Troy. Does this mean she will start dating women again?

Maffia: We have to leave that open. It's one or the other. She's not going into animals.

CNN: "Nip/Tuck" was a show that pushed a lot of boundaries when it came to sexuality, nudity and the general gross-out factor on television. Is there anything left for the show to push in the final season?

Maffia: All of the stories we have ever done come off news headlines, and every day there is another story that is unbelievable that can be worked into "Nip/Tuck." The boundaries were broken in what people do to themselves.

CNN: Do you have a favorite freakish medical procedure that has been performed on the show?

CNN: Does this feel like the right place for the show to end?

Maffia: I think everyone had mixed feelings. I think the general feeling was that it is bittersweet. It was a great crew and great material.

CNN: "Nip/Tuck" creator Ryan Murphy went in the complete opposite direction when he created "Glee." Are you a fan?

Maffia: It is another great show, and I am dying to get on that one. He's so innovative, and it was something so simple that was untouched.

CNN: What song would you sing if you guest-starred?

CNN: Speaking of guest stars, "Nip/Tuck" has had a lot of them over the years, from Vanessa Redgrave as the younger man-loving mother of Julia McNamara, Portia DeRossi as Julia's lesbian love interest, Rosie O'Donnell as a lotto winner who gets a head-to-toe makeover, Alanis Morissette, Brooke Shields and Larry Hagman. Who has been your favorite?

Maffia: Rosie O'Donnell was my favorite. She is just fantastic, and for someone that you think of as funny, she's so serious about her work, and it was so wonderful to witness. Also Vanessa Redgrave. They're both beautiful.

CNN: Did you fall a little in love with Mario Lopez when he guest-starred as the very well-built Dr. Mike Hamoui?

Maffia: He's a sweetheart. Those abs. You could use them like rocks. There are no words.

CNN: So what is next for you personally and professionally when this seven-year relationship comes to a close?

Maffia: I have a book that I optioned that I am trying to get made into a movie. It's called "Girls of Tender Age." I'm looking for work, and I'm writing a novel.