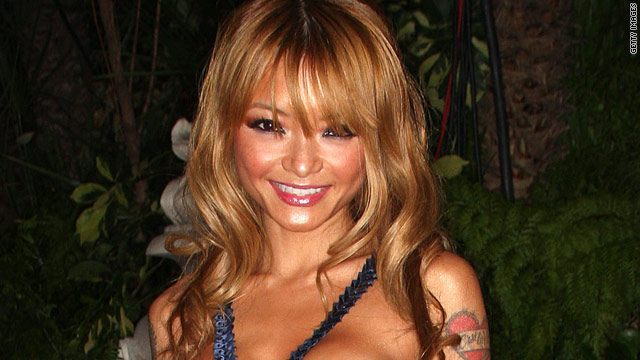 "Juggalos" festival organizers said they warned reality TV star Tila Tequila that it was dangerous for her to take the stage.
STORY HIGHLIGHTS
RELATED TOPICS

(CNN) -- Organizers of the music festival in rural Illinois where Tila Tequila was attacked last weekend said they warned the reality TV star that it was dangerous for her to take the stage.

The former Playboy model and singer "seemed to mock and further antagonize the crowd" by exposing her breasts, the organizers said in a statement Wednesday.

Tequila was cut and bruised when the "Gathering of the Juggalos" audience pelted her with rocks and bottles, eventually chasing her from the stage.

She has vowed to force the festival into bankruptcy with a lawsuit. The annual event attracts mostly young fans of the hip-hop group Insane Clown Posse.

Tequila, who was performing rap songs from her upcoming album, was eventually chased from the festival grounds by the fans, who refer to themselves as juggalos and juggalettes.

Cuts on her face required stitches. And her body is covered with bruises, Tequila said.

"Ms. Tequila was made aware, in advance, of her unpopularity with many Juggalos at the Gathering, but she insisted on performing," the statement said.

She was paid in advance and told she could keep the money if she decided not to perform and that "she could leave the stage the minute that she felt uncomfortable," organizers said.

Tequila did say in an interview Monday that she was told just before the show that there could be violence and that she did not have to take the stage.

Video obtained by CNN showed Tequila standing her ground on stage for several minutes, continuing to perform her songs while several bodyguards tried to protect her.

"I'm not going anywhere," she shouted back.

The organizers said Tequila should have realized when "the crowd began to boo heavily and throw garbage" that "she was not welcome."

"Her injuries were only sustained because of her refusal to leave the stage," they said.

The assault subsided briefly when comedian Tom Green, who had performed earlier, diverted the crowd's attention with a dance.

After Green left the stage, a large rock soared from the crowd, striking Tequila's face. Blood streamed down her cheek.

"After several minutes, she even removed her top, exposing herself, which seemed to mock and further antagonize the crowd," the organizers said. "Finally, Gathering security pulled her off of the stage."

Tequila, in a message posted on her Twitter account Wednesday, defended taking off her top: "If your face was drippin in blood, and your shirt was smeared in human feces and piss, umm im pretty sure you would take ur dam top off too!"

Among her Twitter messages was this dig at the juggalos: "The only dumb thing I admit to doing, was actually showing the Juggalos LOVE. Which they know nothing about."

Green described a mob of hundreds chasing Tequila from the stage and surrounding a trailer where she sought refuge. They rocked the trailer and smashed its windows, he said.

Tequila eventually escaped, but only after windows in her sports utility vehicle were smashed, according to the Hardin County Sheriff Tom Seiner.

Seiner said he has an open investigation. It would be "very hard" to identify the attackers, the sheriff said.

The incident involving Tequila was not the only violence at the festival early Saturday. Seiner said a 49-year-old Georgia man was arrested as a suspect in the stabbing of another man in the abdomen just hours earlier.