Celebrities misbehave. Why do we care? 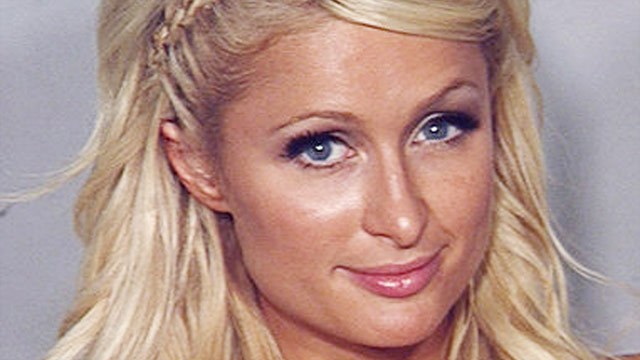 New York (CNN) -- Some Americans spent Friday night worrying about their next mortgage payment. Many prayed for loved ones serving in Iraq and Afghanistan. Others continued to clean up spilled oil in the U.S. Gulf.

Paris Hilton, meanwhile, was tooling around the Las Vegas Strip with a male friend in a black Cadillac Escalade, until a traffic cop thought he smelled marijuana and pulled them over.

As the incident unfolded, passing cars slowed down and a crowd of about 100 gathered to take photos and witness Hilton make news yet again.

Just before a supervised bathroom break at the Wynn Hotel, Hilton asked to get lip balm from her purse. As she opened the purse, an officer noticed a "small bindle" in a "clear baggy" fall out, according to the police report.

Hilton, who was arrested on suspicion of possessing less than a gram of cocaine, said the purse and powdery substance were not hers, the report says.

This was not the 29-year-old heiress socialite's first brush with the law. Media outlets, bloggers and Hollywood pundits will surely scrutinize the arrest in great detail and speculate for days to come about whether it will be her last.

With all the problems the world faces -- climate change, terrorism, economic malaise and more -- why do we care so much about celebrities such as Hilton getting into trouble?

"In the last four years 28,000 people have been killed in a country that shares our border, and the country that is supposed to be our safest ally in the Middle East has now got 20 million displaced people,'' said Danny Bonaduce, a former child actor in the 1970s sitcom "The Partridge Family," referring to the drug wars in Mexico and recent floods in Pakistan.

"The news is bad. Who wants to know that when we can watch Lindsay Lohan drown in a sea of Vicodin?" said Bonaduce, host of his own radio talk show on 94.1 WYSP in Philadelphia.

From Hilton to Mel Gibson to Britney Spears, Tiger Woods and Martha Stewart to O.J. Simpson, Pee Wee Herman, George Michael, Michael Jackson and Fatty Arbuckle and even going all the way back to Adam and Eve, the appetite for celebrity misbehavior seems insatiable.

These days, Americans and cultures around the world never get bored of dishing on celebrity mayhem and may even prefer it to pondering more pressing matters.

"It's just way more fun than facing what is actually happening out there,'' said Bonaduce, 51, who openly speaks about the ''mountains of drugs'' he has done over the years and the times he was caught on the wrong side of the law.

People have always been captivated by royalty and celebrities are the new royalty, says Jane Velez-Mitchell, an author and host of "Issues" on HLN.

But there's a darker side to focusing on misfortunes of the rich and famous and the thrill that comes with it, says Velez-Mitchell, who writes and often speaks about her successful battle with years of alcoholism.

"I think there's a certain perverse satisfaction that everyone experiences when they see somebody who has everything -- money, fame, power, good looks, the world at their feet -- and yet it seems like they're just as miserable as the guy next door or even oneself.''

Mario Lavandeira, better known as Perez Hilton and somewhat famous in his own right as a celebrity blogger, compares the compulsion to follow celebrity mischief to rubbernecking during a car accident.

"It's on a bigger scale and more people can see it, therefore more people are prone to slow down.''

The main point is familiarity, says Robert Thompson, a professor of popular culture at Syracuse University.

When strangers gossip they often need a more common bond than friends or family can provide, Thompson says.

"I don't know your Aunt Carol and you don't know my relative who's in trouble so there's no kind of connection there,'' Thompson said.

Watching celebrities fall from grace or go wild makes the rest of us feel better about ourselves, says Liz Miele, a New York-based standup comedian.

"It's just that we like feeling better than them. We live these kind of mundane, lame lives or at least that's how we feel most of the time,'' said Miele, 25.

''Then when somebody [famous] curses off their girlfriend or somebody ends up in rehab or somebody gets a DUI all of a sudden we're like, 'well, I didn't mess up my life that much.'''

Still, fame carries privilege, and sometimes the ability to get away with more than the average person.

The fact that celebrities are much harder to replace in their work than a janitor or computer technician, for example, could be a key reason they may not pay the full price for misbehaving, according to a 2004 Clemson University study by Todd Kendall.

But there's no red carpet treatment for Hollywood on its own turf, according to the Los Angeles Police Department, which handles its fair share of famous people flouting the law.

"From a law enforcement perspective, we treat everyone the same,'' says Officer Karen Rayner, a spokesperson for the LAPD.

"When an arrest becomes a media event, the Los Angeles Police Department deploys sufficient resources to ensure the safety of the public and the individual."

While it's clear millions like to kick back by picking up the latest magazines, clicking on countless blogs and watching TV shows rehash celebrity antics, is this form of escapism safe?

"If you do something that is much more related to your own life rather than comparing yourself to someone else, then that would be the highest rung of healthiness,'' Kuriansky says.

"Going to a museum, learning a new sport, taking up a new hobby, going to a cooking class -- any of those things certainly are healthier than looking at someone else's life, whether it's your neighbor or a celebrity.''