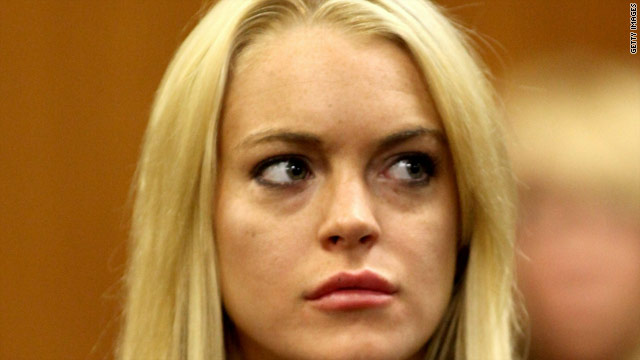 For the latest news on Lindsay Lohan, watch HLN's "Showbiz Tonight" live at 11am ET on Monday.

Lohan's supervised probation for a 2007 drunken driving conviction requires frequent drug tests. The judge warned her last month any failure could send her back to jail.

"Regrettably, I did in fact fail my most recent drug test and if I am asked, I am prepared to appear before judge Fox next week as a result," Lohan tweeted Friday evening.

Judge Elden Fox, who took over Lohan's case when she was released, imposed a new set of rules for her to follow until November. It included weekly counseling sessions for alcohol and drug rehab, random drug tests and behavioral therapy.

Lohan's lawyer did not respond to CNN requests for comment Friday. A spokesman for the Los Angeles County district attorney also declined to comment.

No new court date has been announced for Lohan to face Judge Fox concerning the failed drug test.

Lohan made fun of her substance abuse troubles in a backstage skit broadcast during last Sunday's MTV Video Music Awards.

"Wake up, Handler, pull it together," Lohan said as she slammed Handler against a wall. "You're a menace. Do you think anyone will work with a drunk? Take it from me, they don't."