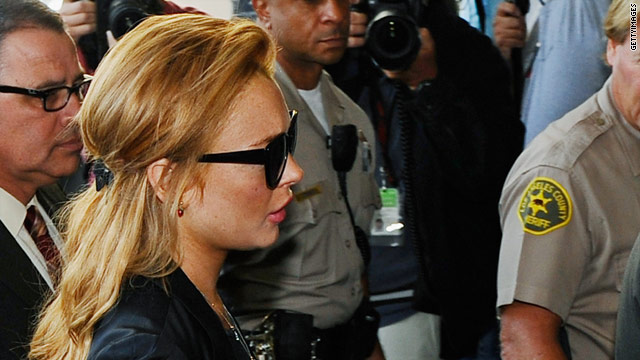 The source did not reveal which rehab program Lohan had chosen.

Lohan's entry into rehab came three days after a Los Angeles, California, judge ordered her to jail without bail in the wake of a failed drug test. She spent just 14 hours in jail because another judge allowed her to post a bond Friday evening.

"Substance abuse is a disease, which unfortunately doesn't go away over night," Lohan wrote in a September 17 Twitter message. "I am working hard to overcome it and am taking positive steps."

Her father, Michael Lohan, has been urging his daughter to go to rehab voluntarily.

"Finally, they listened to me," he said Sunday.

He said on Friday that he was praying that defense lawyer Shawn Chapman Holley "does the right thing and advises her to go right into rehab now, and show the judge she's serious, because in 30 days when she goes back before the judge he can do whatever he wants."