Injured Vonn may not ski in Olympics 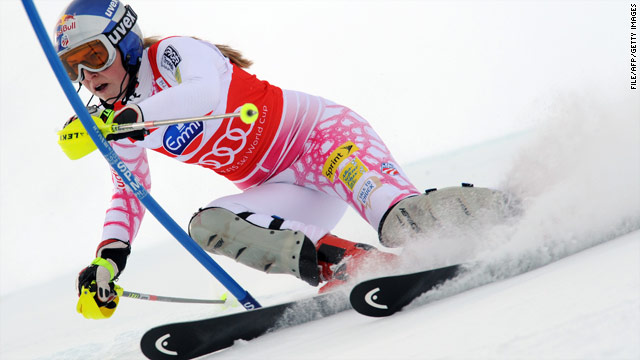 A shin injury is causing Lindsey Vonn ahead of the upcomiong Winter Olympics in Vancouver.
STORY HIGHLIGHTS
RELATED TOPICS

Vancouver, British Columbia (CNN) -- Calling it the most painful injury she has ever had to face, American skier Lindsey Vonn, a medal favorite in five events, has cast doubt on whether she will be able to compete in the upcoming Winter Olympics.

"Yeah, that's a possibility," she said when asked at a news conference on Wednesday as to whether a shin injury might keep her out of action.

Vonn, a two-time World Cup champion, said she injured her right shin when she fell in practice while in Austria recently. The top of the boot hit her shin at "pretty much the worst place" it could, she said.

"It's just a matter of dealing with the pain," she added, indicating there was no structural damage.

"We have to see how it is this week," confirmed Vonn -- who added she had not taken any pain medicines while in Vancouver.