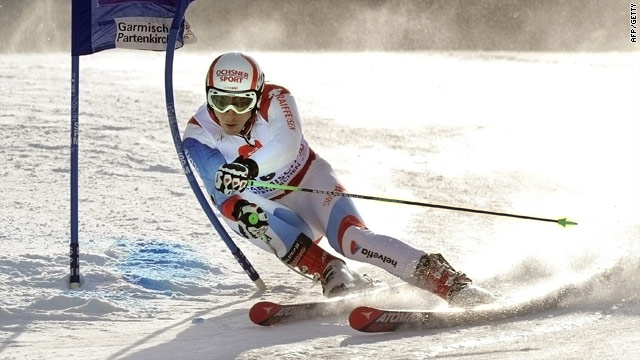 Janka shows fine style as he races to victory in the giant slalom at the World Cup finals.
STORY HIGHLIGHTS

Olympic and world champion Janka won the men's giant slalom to wrap up the battle for the Crystal Globe.

Ligety finished tied for third to wrap up the title in that discipline.

Benjamin Raich of Austria finished eighth and cannot now catch Janka in the overall race with just one racing remaining this season but has sealed second.

Austria's Philipp Schoerghofer finished with the same time as Ligety.

"I knew that I had to win here and I was really pleased with the second run," Janka, who also won the giant slalom gold in Whistler last month, told gathered reporters.

"Everything has come together for me this season and I have won everything that there is to win."

Janka has 1197 points for the season in the overall standings ahead of Raich on 1091 with just Saturday's slalom race to conclude the men's World Cup season.

It was Janka's second win of the World Cup finals having also claimed Wednesday's downhill title.