F1: Standings after opening race of 2010 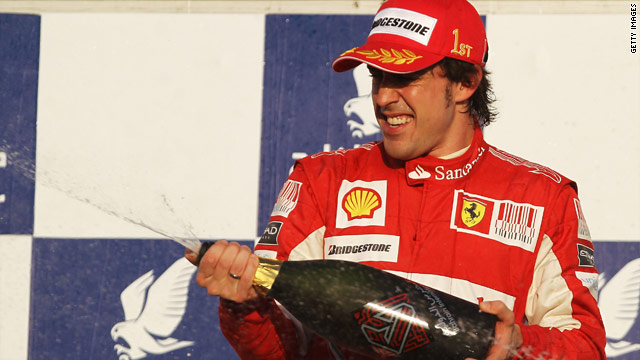 Fernando Alonso celebrates after securing his third victory at the Bahrain Grand Prix, having won it twice at Renault.
STORY HIGHLIGHTS
RELATED TOPICS

(CNN) -- Two-time world champion Fernando Alonso gave Ferrari the perfect start to the 2010 season with victory in his debut race for the Italian team in Bahrain on Sunday.

New team Mercedes, who bought out Button's former team Brawn following last season's double triumph by the English outfit, made an encouraging start as Nico Rosberg picked up 10 points for fifth place and Michael Schumacher was sixth in his first race back after ending a three-year retirement.

Drivers' Championship (after one round):