Italian GP stays at Monza until 2016 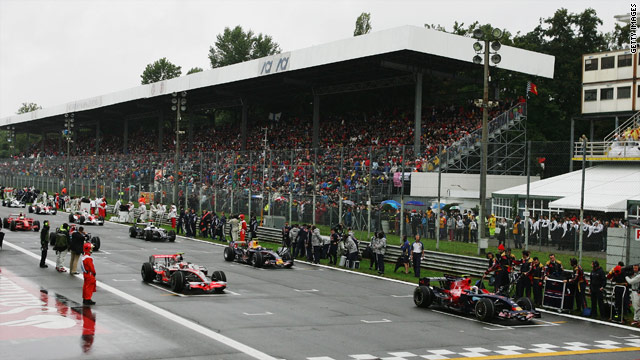 Monza will see Formula One racing until 2016 at the least under a new deal.
STORY HIGHLIGHTS
RELATED TOPICS

(CNN) -- The Italian Grand Prix will be held at the historic Monza track until 2016 after a new four-year deal was clinched.

Formula 1 boss Bernie Ecclestone confirmed the new contract with the company that run the track on Thursday.

There had been speculation that Rome would replace Monza as the venue of the Italian Grand Prix after Ecclestone confirmed plans to stage a race in the capital.

But a new contract means Monza's future is secure for at least another six years.

"The Italian Grand Prix will be at Monza until 2016," Claudio Vigano, the head of SIAS, the company that controls the circuit, told reporters. "The extension of the contract has been signed."

Monza is one of the most famous tracks on the F1 circuit and hosted its first Grand Prix in 1922. This year's event is scheduled for September 12.

Ecclestone also suggested that F1 could return to Indianapolis in the United States after the weekend's opening race of the season in Bahrain.

He told Reuters.com: "It's only the fact that it's all the wrong crowd and the wrong people. Nothing worked there really, we'd have to have a big change round but we'd like to get back there."

The F1 season currently runs 19 races but Ecclestone has confirmed that India will host one next year.