Schumacher vows to improve in Malaysia 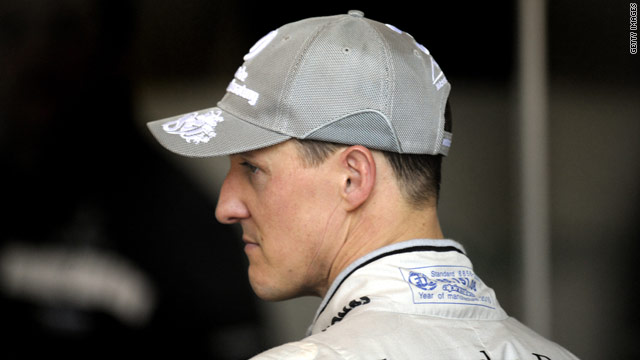 Schumacher is the most successful Formula One driver of all-time.
STORY HIGHLIGHTS
RELATED TOPICS

(CNN) -- Seven-time Formula One World Champion Michael Schumacher says it is too early to write him off after a disappointing start to his comeback season.

The German Mercedes driver finished tenth in the Australian Grand Prix last Sunday after coming sixth in the season-opener in Bahrain.

Despite his indifferent start, Schumacher is confident of an improvement in the Malaysian Grand Prix this Sunday.

"We are not too far away and I am quite confident there will be more to come," Schumacher wrote on his official Web site.

"Looking into our weekend more deeply, I find we did improve quite well and have a good reason to be quite satisfied - just not from the pure result obviously.

"Going to Malaysia we know that clearly we improved our pace since Bahrain, which is a good feeling.

"It was a lot of fun fighting in Melbourne, even if it was just for one point, and I will enjoy fighting again in Sepang."