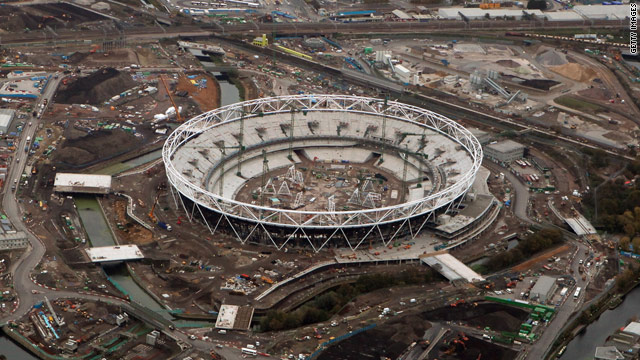 The construction site for the London 2012 Summer Olympic Games in the east of the city.
STORY HIGHLIGHTS
RELATED TOPICS

(CNN) -- Athletes competing at the 2012 Olympic Summer Games will face more scrutiny about banned substances after organizers said they will be carrying out more doping tests than in any previous Olympics.

The London Organizing Committee of the Olympic Games (LOCOG) said Wednesday they plan to carry out about 5,000 blood and urine tests at the Games and about 1,200 tests at the Paralympics, which are held about two and a half weeks later.

Organizers at the Beijing Olympics in 2008 carried out 3,667 blood and urine tests, according to Giselle Davies, a spokeswoman for the International Olympic Committee.

"We need to have a strong message that drug cheats are not welcome at the London Games," said Debbie Jevans, LOCOG's director of sport.

LOCOG will be primarily responsible for the collection of samples and providing a laboratory to analyze them, a London spokeswoman said. The lab will be accredited by the World Anti-Doping Agency (WADA), which also runs an independent observer program at the Games.

UK Anti-Doping, a non-departmental public body responsible for implementing national anti-doping policy, will be helping LOCOG with the testing.

"We are partnering with LOCOG to develop a comprehensive program of testing, athlete education, and training for anti-doping volunteers in the lead-up to, and during, the London 2012 Games," said Andy Parkinson, chief executive of UK Anti-Doping.