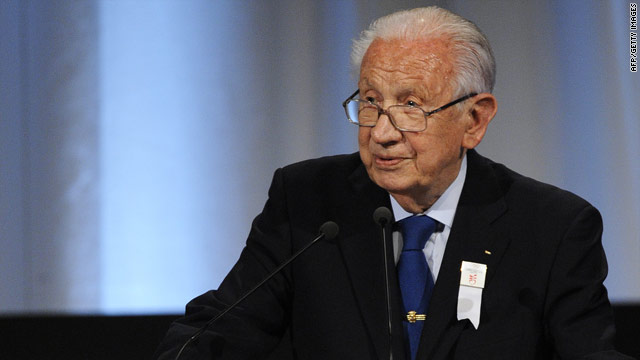 The Quiron Hospital in Barcelona released a statement on Tuesday confirming the Spaniard's admittance and that he was in a "very serious condition."

The statement continued: "He has been admitted for acute coronary insufficiency and is currently in intensive care. His prognosis is very bad at the moment."

Samaranch, who was head of the IOC from 1980 to 2001, is now is an honorary life president of the organization and remains active in Spanish sports administration.

During his tenure, Samaranch was credited with achieving financial security for the Olympic movement by maximizing television and sponsorship deals.

He has been hospitalized twice in recent years; in Lausanne, Switzerland in July 2001, shortly after stepping down from his position, and in Barcelona in 2007.