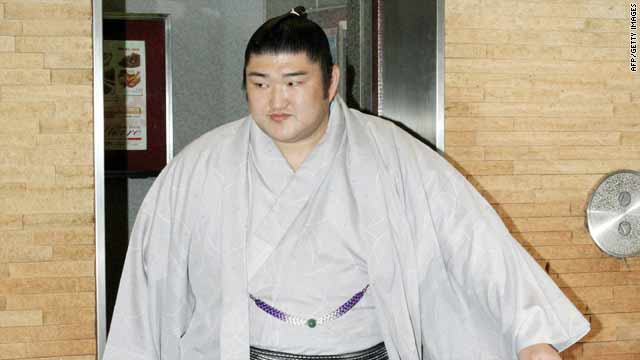 (CNN) -- Japan's governing body of sumo wrestling announced it has fired star sumo wrestler ozeki Kotomitsuki in the wake of a gambling scandal that has enveloped the sport, according to news reports.

Kotomitsuki becomes the first active "ozeki," the champion rank to which he was promoted in 2007, to be fired, Kyodo News reported.

He was found to have gambled on professional baseball, with money allegedly a source of funding for mobsters.

The Japan Sumo Association on Sunday stopped short, however, of expelling them, the most severe sentence which would bar them from receiving retirement allowances, according to Kyodo News.

Such a sentence would be decided by a council of high-ranking sumo officials, Kyodo News reported.

The Nagoya Grand Sumo Tournament, which runs later this month, will go on as planned.

The allegations have shaken sumo wrestling, with 63 percent of people responding to a poll saying the summer tournament should be postponed, according to the national Asahi Shimbun newspaper.

The scandal also has led to the arrest of a former sumo wrestler and the demotion of a stablemaster-coach of several wrestlers who also allegedly gambled on baseball.

The association has sought to repair the damage. The association's chairman says on the association website that the situation is "unprecedented and critical." He also promises to try to "regain the fan's confidence ... as soon as possible."

Sumo is an ancient sport dating back some 1500 years, according to the Japan Sumo Association's website.