Nations in conflict, athletes at peace 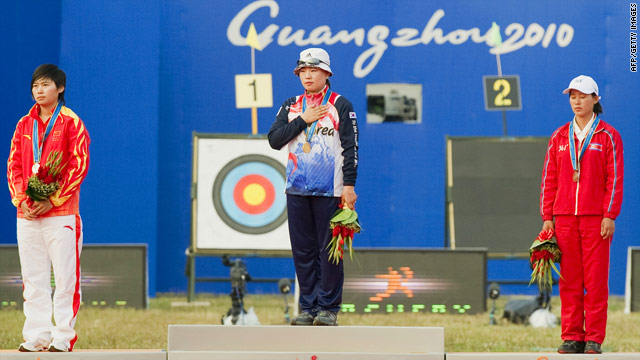 (CNN) -- Tension is mounting between North and South Korea as artillery shells fly across the border.

But in Guangzhou, China relations between the two nations are far more civilized.

Hours after North Korea's attack on the Yeonpyeong Island, a part of the South, their athletes were sharing a podium at the Asian Games.

There was a conspicuous lack of tension as the pair stood side-by-side, received their medals and then shook hands.

South Korea's Yun declined to comment on the situation between the two countries when she was asked for a reaction at a news conference after the ceremony.

But later on she did explain to South Korea's Yonhap news agency that she and her rival Kwon "have always been on good terms."