Pietersen fined for speeding after Warne lays on Lamborghini 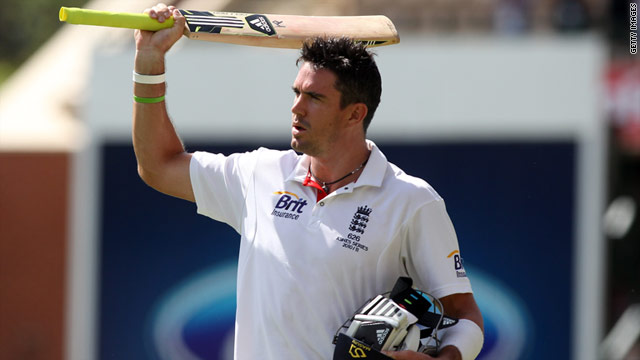 Kevin Pietersen was in fine form with the bat as England beat Australia in the second Test at Adelaide.
STORY HIGHLIGHTS
RELATED TOPICS

(CNN) -- England's flamboyant batsman Kevin Pietersen has been fined by Australian police for speeding in a Lamborghini laid on for him by former spin-king Shane Warne.

Pietersen took the $466,200 bright yellow car for a drive along the Great Ocean Road near Melbourne, Australia, thanks to former leg spinner Warne's connection with the car company.

The South African-born star is currently with the England team as they take on Australia in the five-match Ashes series. He was named man of the match after making a double century last week as England won the second Test in Adelaide to take a 1-0 lead.

Pietersen had no problem with the Australian bowling but it was a different matter when he had to face Victoria police just hours after he updated his Twitter site to say: "Stunning beaches on The Great Ocean Rd.. Gorgeous drive."

He was reportedly fined $235 and docked three points for driving at 121 kph by police. The England and Wales Cricket Board confirmed Pietersen had been fined, but said that he wouldn't face disciplinary action.

On Wednesday he had tweeted a picture of the super car and said: "Massive thanks to Lamborghini Melbourne & @warne888 for letting me play with this for a few days.."

England's emphatic victory in the second Test has prompted calls for Warne to make a comeback and attempt to add to the 708 Test wickets he took in a sparkling 15-year career.

One group of businessman has even set up a website -- bringbackwarne.com -- to coax the 41-year-old out of retirement. Warne would only say the clamor was "flattering."

Another high-profile sports star to fall foul of the Australian police is McLaren Formula One driver Lewis Hamilton after he was fined for anti-social driving in his Mercedes in March this year.

Meanwhile in the UK, former England footballer Paul Gascoigne -- who rose to prominence during the 1990 World Cup in Italy -- has been handed a suspended jail term for drink-driving.