Georgia man turns down NFL offer to work on the railroad 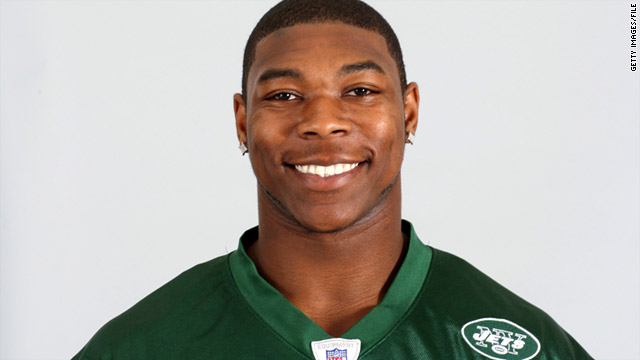 Keith Fitzhugh had three stints over the past two seasons in the NFL with the Jets and the Baltimore Ravens.
STORY HIGHLIGHTS
RELATED TOPICS

Atlanta (CNN) -- Keith Fitzhugh could have spent this weekend at New Meadowlands Stadium, being regaled by some 83,000 fans as a member of the New York Jets.

Instead, he chose to keep his day job, working on the railroad. No spotlights, no television cameras, no adoring throngs. The only waves that he could get -- seconds of attention, in between long stretches of quiet -- will be from kids standing alongside the tracks, asking the unnamed engineer to pull the horn.

And he's not complaining.

For months, the Hampton, Georgia, resident -- like millions of Americans -- was living more of a nightmare, unemployed and struggling to get by. A star safety at Mississippi State, he had three stints over the past two seasons in the National Football League with the Baltimore Ravens and twice the Jets.

But each time, Fitzhugh had been released. For someone who, for years, had lived and breathed football, rejection was not easy. What was even harder, he said, was living without the paycheck and without any clear prospect that NFL stardom and dollars were in his future.

What he was certain about, though, was family. The 5-foot-10, 210-pound Fitzhugh was in the prime of his life healthwise, but not bringing home any income. His father disabled and unable to work, his mother was the only family member with a regular paycheck.

Fitzhugh said he was used to getting such support, emotionally as much as economically. His parents had cheered him while he played football, encouraged him to think of life after football, took care of him. When his sister died after contracting West Nile virus while he was in college at Starkville, his mother held off on telling him until he played a key spring football game.

She, his father, his grandmother and other family members were always like that: thinking and taking care of everyone else, all while keeping their heads up, said Fitzhugh. His sister's loss especially, he said, made him realize that while football was a game, family was everything.

"They were there for me, when I went through some of the lowest times of my life," Fitzhugh said. "And I needed to be there for them, also."

So he was thrilled when he recently got a full-time job with Norfolk Southern, a position that allowed him to run trains around the country and also bring home regular income and benefits to help support his family.

But his suddenly stable life got turned upside down Tuesday, when his agent called to tell him about the Jets offer. Fitzhugh was off and at home, his father resting in bed. His agent told him the 9-3 team wanted him, right away. Could he make a 2 o'clock flight? Not, said Fitzhugh, without checking with his new employer first.

"My heart started racing, I started sweating immediately," he recalled. "This is not happening to me. I'd just got this new job, and I don't want to let them down (so they think) every time I get a phone call, I'm going to run away."

He'd learned that professional football jobs were fleeting. He knew his railroad job was not as glamorous, it might not pay as much, but it was stable and allowed him to help his family long-term. So, before he'd even found out from Norfolk Southern if he could take a leave of absence (he later learned that he could have), Fitzhugh made up his mind.

"I just felt that the best decision at that time, for me, was to keep my job," Fitzhugh said. "Because the economy is so bad right now, jobs are very scarce. Once you have a good job like this, I (thought) that I should just keep it."

Money, fame, and the thrill of competition on the gridiron are great. And Fitzhugh says that he hasn't closed the door on pro football totally, not if the time is right. But he said that he's comfortable with his decision to stay off the sidelines and stay on the tracks. Doing so will be different than battling the Miami Dolphins on Sunday, but Fitzhugh believes he will still get a rush and he'll still have the support of family and "fans."

"You have families that go outside in their yards or go by the tracks, and just wave at the conductors and engineers as they are riding by -- that feeling is really good," said Fitzhugh. "Like the experience in the NFL, you still have fans out there."