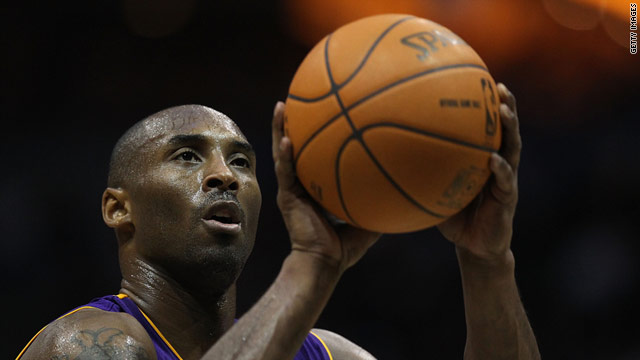 Though he has admitted to never having visited Turkey, the Los Angeles Lakers guard said in a news release that "Turkey is a country rich in natural beauty and thousands of years of cultural history, and I'm proud to partner with Turkish Airlines to bring that majesty to people around the world."

Within days, however, Bryant's decision was being denounced by Armenian groups in North America and in Los Angeles, which is the hometown not only of the Lakers, but also of the largest ethnic Armenian community outside of Armenia.

"Turkish Deal Will Make Kobe the Face of Oppression and Injustice" and "Kobe Bryant's Direct Flight to Inhumanity," announced the website of the Armenian Youth Federation.

In Toronto, about 30 Canadian-Armenians protested against Bryant, holding signs that said "Kobe: Do the Right Thing," outside the stadium where the Lakers played the Raptors on Sunday.

What appeared to be a standard and presumably lucrative celebrity endorsement has run headlong into a passionate dispute over a bloody chapter in history that took place in the highlands of eastern Turkey nearly a century ago.

Armenian groups and many scholars argue that starting in 1915, Turks committed genocide, when more than a million ethnic Armenians were massacred in the waning days of the Ottoman Empire.

Modern-day Turkey officially denies that a genocide took place, arguing instead that hundreds of thousands of Armenian Christians and Muslim Turks died in intercommunal violence around the bloody battlefields of World War I.

The genocide debate is an annual source of tension between Turkey and the United States, two NATO military allies.

Every year, the White House beats back efforts in Congress to pass a resolution which would formally recognize the 1915 massacres of Armenians as genocide.

In March, Turkey temporarily withdrew its ambassador to Washington in protest, after the House Foreign Affairs Committee narrowly voted in favor of a nonbinding resolution recognizing the Armenian genocide.

The resolution was subsequently blocked from reaching a vote on the floor of the House of Representatives.

Turkey, which is a vital logistical hub for troops moving to and from Afghanistan.

The Turkish government has expressed concern in recent days, over reports that outgoing House speaker Nancy Pelosi may try to bring an Armenian genocide resolution to vote in the final days of the current lame-duck Congress.

"Even though this is a lame-duck session, what we understood is that this is a serious possibility and we had concerns for different reasons," said Turkish foreign ministry spokesman Selcuk Unal, in a phone call with CNN.

This month Pelosi came under fresh pressure to schedule a vote from an unlikely lobbyist -- reality TV star Kim Kardashian.

The Armenian-American celebrity urged her 5.6 million Twitter followers to call Pelosi to urge her to schedule an Armenian Genocide Resolution vote.

As part of his two-year contract to be Turkish Airlines' new "Global Brand Ambassador," Bryant is expected to make television and print commercials, as well as a number of public appearances for the company.