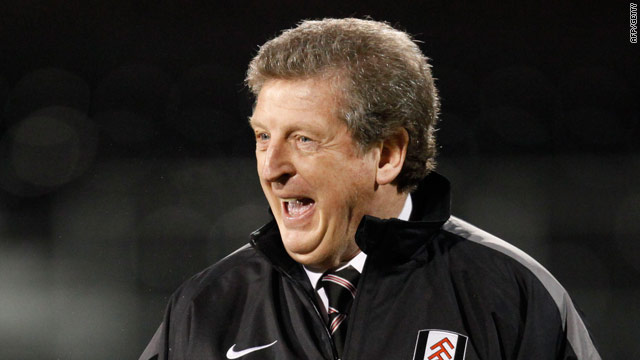 Fulham went to the Ukraine with a slender 2-1 advantage and were forced to defend for much of the first half until Brede Hangeland headed them ahead on the night.

Shakhtar, who won the final version of the UEFA Cup next season, equalized through Brazilian Jadson to set up a frantic finale as Fulham held out for a 3-2 aggregate win.

Manager Roy Hodgson hailed his heroes for the rearguard action and had words of consolation for Shakhtar, who just could not find a way past his goalkeeper Mark Schwarzer in the opening half-hour.

"It has been a wonderful night for the club," he told reporters.

"Shakhtar showed what a good team they are. Their ability to pass and keep the ball is as good as I've seen in my 35-year career," he added.

Liverpool made it a good night for English side as the favorites won 3-1 in Romania against Unirea Urziceni.

Leading 1-0 from the first leg, the Liverpool were shocked by Bruno Fernandes' headed opener for Unirea to level on aggregate.

However, Liverpool showed their character to weather the early pressure and a fine strike from Argentine star Javier Mascherano and further goals from Ryan Babel and captain Steven Gerrard saw them into the next round.

But city rivals Everton went out to Sporting Lisbon, who scored second half goals from Veloso, Pedro Mendes and Matias Fernandez to go through 4-2 on aggregate after a 3-0 home win.

It has been a wonderful night for the club
--Roy Hodgson

In other Europa League action, Greek side Panathinaikos eliminated in-form Italians AS Roma with a 3-2 away win to advance 6-4 on aggregate.

Djibril Cisse scored twice for the Greek visitors with Sotiris Ninis getting the other.

John Arne Riise and Daniele De Rossi scored Roma's goals with Kostas Katsouranis sent off near the end for the visitors.

Hamburg saw off PSV Eindhoven on away goals in a battle of former European champions.

PSV trailed 1-0 from the game from the away leg in Germany but goals from from Ola Toivonen and Balasz Dzsudzsak gave them the advantage on aggregate.

Mladen Petric and Piotr Trochowski put Hamburg back on top and Danny Koevermans' last-minute header could not rescue the Dutch hosts.

Two other former European champions Juventus and Ajax battled to a goalless draw in Turin which left Juve 2-1 winners on aggregate.

There was a dramatic finish in Spain as Diego Forlan's last-minute winner helped Atletico Madrid to a 2-1 win over Galatasaray, 3-2 on aggregate, while Valencia needed two extra-time goals from midfielder Pablo Hernandez to give them a 3-1 aggregate win against Belgian side Club Brugge.

But fellow Spanish side Athletic Bilbao were thrashed 4-0 by Anderlecht, 5-1 on aggregate and Villarreal were also heavily beaten by German champions Wolfsburg.