Influential Fabregas out of Arsenal side 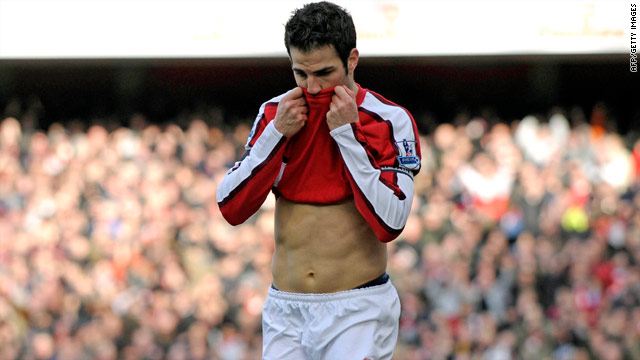 The Spanish international suffered a recurrence of a hamstring problem soon after scoring the opening goal in Arsenal's 3-1 Premier League victory over Burnley on Saturday.

Fabregas, 22, has struggled with the injury already this season -- forcing him to miss a few matches at the turn of the year.

Arsenal manager Arsene Wenger told the club's official Web site: "Cesc is ruled out for the game. He has a hamstring problem and we could not even take a gamble with him.

"I was hoping he would recover after the game because we were cautious with him. He was not adamant about coming off the pitch but still he has damaged his hamstring and we cannot take a gamble on him."

Portuguese champions Porto hold a slender 2-1 advantage from the first leg, but a 1-0 Arsenal win will take the London side through on the away goals rule.