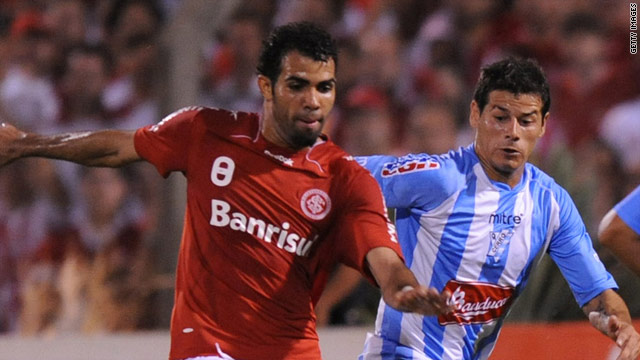 (CNN) -- English Premier League side Tottenham have confirmed that Brazil midfielder Sandro will join the club at the end of the season, subject to a medical.

The 21-year-old currently plays for Internacional in his home country and will head to Spurs at the end of their participation in the Copa Libertadores tournament.

Sandro has made 73 appearances for the club and helped them to finish second in the Brazilian championship last season.

Tottenham manager Harry Redknapp told reporters on Tuesday: "It would be fantastic. The chairman has been dealing with it. I got a phone call this morning from the chairman saying that he thought we were close to doing it.

"Hopefully it will get done now and it will be a good signing. He is an outstanding young player. He is on the verge of the Brazilian team. He has already played for Brazil and captained the Under-18s, 19s and 21s.

He [Sandro] is an outstanding young player. I am looking forward to getting him here.
--Harry Redknapp, Tottenham manager
RELATED TOPICS

"He is strong. He looks a very, very good player so I am looking forward to getting him here."

Tottenham are currently fourth in the English Premier League and if they finish there at the end of the season they will qualify for the money-spinning Champions League.

Sandro made his debut for Brazil in a World Cup qualifier against Chile in September. He also led the Under-20 side to the South American Youth Championship in Venezuela in February 2009.

Meanwhile, Tottenham's London rivals West Ham United have confirmed they are working on a bid with their local council to occupy the London Olympic Stadium after the games in 2012.

The Hammers would play their Premier League games there while the stadium would also be used as a centre of sport in the community.

Vice-chairman Karren Brady told the club's Web site: "We want to grab this once-in-a-lifetime opportunity to create a real, life-changing legacy -- not just for this part of London, but for the wider area as well."