Are English soccer clubs worth the investment? 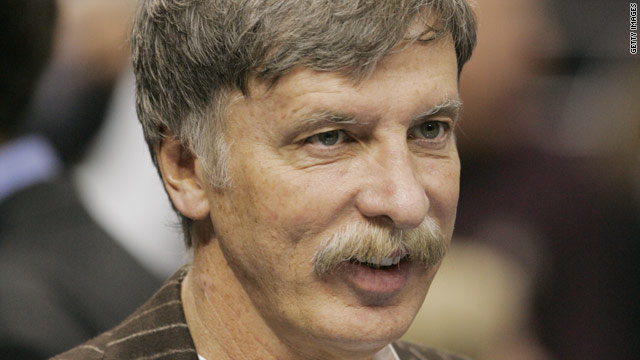 (CNN) -- The international draw of its star players, the huge sums paid for rights to broadcast live action and the loyal nature of its consumers have long made the English Premier League an attractive home for investors.

In recent years this has included a number of American billionaires who, having made their money with sport franchises in the United States, saw ownership of teams including Manchester United (Malcolm Glazer), Liverpool (Hicks and Gillett) and Aston Villa (Randy Lerner) as the best way to expand a global portfolio.

Stan Kroenke -- owner of the Denver Nuggets basketball team, the National Hockey League's Colorado Avalanche and Major League Soccer's Colorado Rapids -- could be the next to join this elite group after a major shareholder at London-based Arsenal confirmed that she is looking to sell her stake.

Kroenke already owns 29 percent of the Champions League quarterfinalists, and needs only one more percent to trigger a complete takeover.

But with the economic downturn compounding both Liverpool and Manchester United's struggles with debt and growing fan unrest -- coupled with Kroenke's recent confirmation of a takeover bid for the St Louis Rams -- would it be wise for the American to aim his sights on owning Arsenal now?

Why invest in the English Premier League?

The recent sale of their overseas television rights amounted to over $1.5 billion, while the domestic rights went for much more. This means the Premier League clubs can sign expensive players on big wages, according to Boulden. "A lot of the league's strength is to do with Sky and its multi-billion dollar deal to show the games around the world," he said. "Sky gives an enormous amount of money to Premier League clubs."

Could Kroenke expect much profit from Arsenal?

Boulden says the main way to maximize profit is to keep a club healthy, and deliver success on the pitch before selling it on down the line for a profit. He said: "I look upon Stan Kroenke like these other guys in America: the Glazers own a NFL team, the guys who own Liverpool own hockey clubs in America. They only make money if they hold onto them for a really long time and sell them."

Is Arsenal a financially healthy club?

Yes, according to Boulden. He says the club had to take out a big loan to build its new stadium -- the Emirates, which opened in 2006 -- but that is being chipped away. He explained: "There is a small section of seats at Arsenal's new ground that generates as much money on a match day as the entire former ground did. All other seats are gravy, so the amount of money they make per game is phenomenal." The site of the former ground has been turned into flats, which has also generated a considerable amount of money, Boulden said.

Boulden believes Arsenal manager Arsene Wenger's model of investing time and money into youth players is also a shrewd move. "Arsene Wenger's theory is to buy someone when they are young and other clubs haven't even noticed them. By the time they come good, and most of them do, he would have to pay $20 million to get these guys." He says these players can also be sold on for huge profit, like in the case of France striker Nicolas Anelka, who came through the Arsenal youth system before being sold to Real Madrid for $35 million.

Would Kroenke put the club in debt to buy it, as did the owners of Manchester United and Liverpool?

The Glazer family bought Manchester United by putting the debt onto the club, and their most recent accounts show they are over $1 billion in debt. Boulden says any similar move at Arsenal may not do the club any good. "Arsenal already has a debt from the building of the new stadium, so it would be hard to see how Kroenke would get a bank to agree to give them more debt," he said.

Does Kroenke's extra investment in the St Louis Rams limit his spending power?

Boulden says Kroenke's purchase of the Rams makes it very unlikely he would also fight to acquire Arsenal at the same time: "The fact that he has just ingested the Rams -- one of the worst teams in the NFL -- means he is going to have to spend his time and effort trying to rebuild that club. It's hard to see that he would do that and try to take over Arsenal -- that would be a lot for one person to take on."