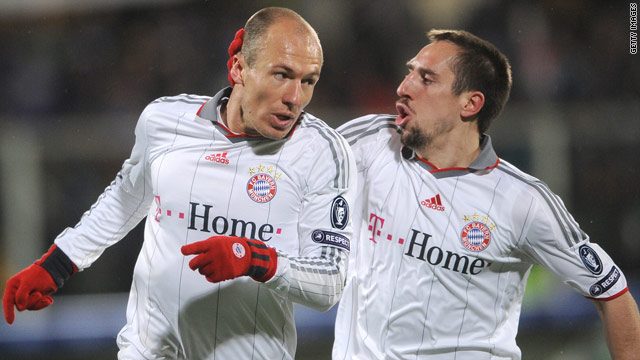 (CNN) -- The German Bundesliga has overtaken the English Premier League as the most profitable in the world, according to financial analysts Deloitte.

Despite predicting that the Premier League's revenue will top $2.8 billion in the season just gone, Deloitte said clubs' profitability has more than halved between the 2007-08 season and the 2008-09 campaign.

Deloitte's annual review of football finance also showed that the total European football market grew to a record $19.3 billion in 2008-09.

According to Dan Jones, a partner in the firm's Sports Business Group, the reason the Bundesliga has leapfrogged the Premier League is due to its clubs' control of wages.

In the Premier League the wages to revenue ratio is 67 percent, but it is just 51 percent in the Bundesliga
--Deloitte's Dan Jones
RELATED TOPICS

"The simplest measure to explain why the Bundesliga has overtaken the Premier League is that their clubs exercise more restraint over the wage bill," he told CNN.

"In the Premier League, the wages to revenue ratio is 67 percent, but it is just 51 percent in the Bundesliga. There are two reasons for this. Firstly, the licensing of clubs is stricter in Germany in terms of the financial regulations they have to adhere to.

"Secondly, rather than being private enterprises under the control of an individual, like Roman Abramovich at Chelsea, clubs are under control of the fans.

"The clubs' fans are required to own 50 percent plus one of the shares -- with the exception of Wolfsburg and Bayer Leverkusen, who are owned by corporations."

Are English clubs worth the investment?

Jones said the Premier League should be "streets ahead" of its German counterpart in profitability, due to the huge television revenue it receives.

Deloitte believes that trend cannot continue, but predicts the Premier League's new broadcast contracts will drive revenue up to over $3 billion in 2010-11.

So, why does football seem to be immune to the financial pressures being felt by many industries across the globe?

"Football has got an incredible amount of customer loyalty, which helps. A lot of clubs have been fairly good at freezing or cutting their prices," Jones said.

"It is a fairly accepted truth that live sports audiences are about as good as it gets for broadcasters. People will get together to watch it, it inspires those water-cooler moments.

As for Portsmouth, who became the first club in Premier League history to sink into administration this season and were subsequently relegated, Jones thinks their situation was an anomaly.

"We see clubs get into difficulty because performance on the pitch is poor, with relegation and the like, but with Portsmouth actually performing well and winning an FA Cup, for them to be in this situation it has to be a fairly spectacular case of mismanagement."

Deloitte also warned that Premier League clubs would have make the necessary adjustments to their business plans to meet European governing body UEFA's target of becoming "break even" by 2013-14.