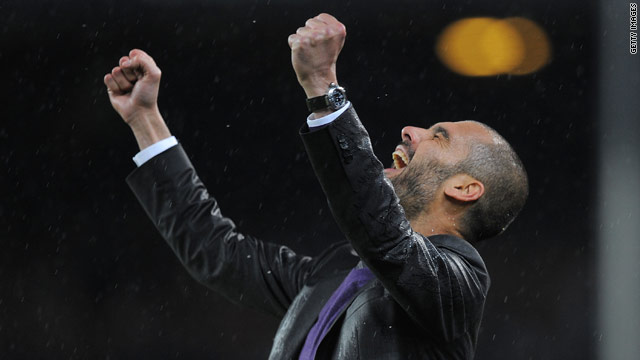 Rosell was elected on Sunday to replace Joan Laporta in charge of the Spanish champions after a vote by club members.

His first priority is keeping hold of the coach who has delivered two league titles in a row and won the European Champions League in 2009.

Rosell told a news conference in Barcelona that he intends to meet with Guardiola in the next four days.

"I am going to try and ensure he stays for six years," he said.

"I said a long time ago that it would be very good if Pep could become the Ferguson of Barca," he said, referring to Manchester United manager Sir Alex Ferguson, who has enjoyed an immensely successful 24 years at the helm of the English Premier League club.

Rosell beat three other candidates to be elected Barca president after pledging that he would do everything he could to keep Guardiola, whose current contract ends this month.

With star performers like Lionel Messi, Xavi and Andres Iniesta at the heart of his team, Guardiola has turned Barca into one of the most attractive sides in the game's history.

Last season, they won the world club championship before pipping their archrivals Real Madrid to the Spanish title by racking up 99 points from 38 games, with just one defeat.