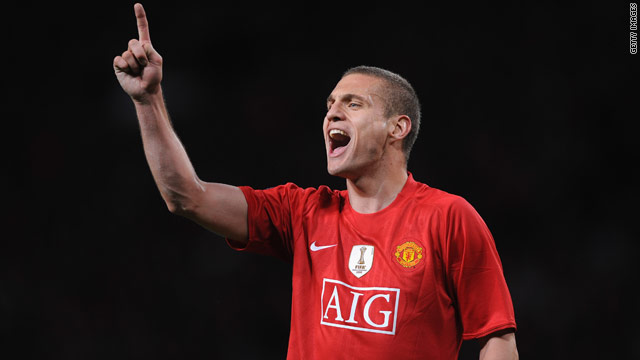 Vidic has ended speculation about his future by signing a new contract with Manchester United.
STORY HIGHLIGHTS

United chief executive David Gill confirmed on the club's official TV station, MUTV, that Vidic will be signing an extension to his current deal next month.

The 28-year-old Vidic had two years remaining on his contract, but Gill told MUTV: "I am very pleased to confirm that we agreed terms with Nemanja three or four weeks ago on a new long-term deal with the club."

Vidic had been strongly linked with a move away from Old Trafford, with Real Madrid rumored to be poised to make a bid for the player.

Meanwhile, Gill also revealed that England striker Wayne Rooney -- who like Vidic had two years remaining on his contract -- is set to have talks about extending his stay with the club.

Gill added: "The current intention is to meet with Wayne and his advisors when we're back from our American tour, and he is back from his holiday, with a view to sorting out a new deal for him.

"It's clear from what he has said and what the club have said that both parties are very keen to sort things out and secure his long-term future at United."

Although he suffered a disappointing World Cup, Rooney scored 34 goals in all competitions for United last season.