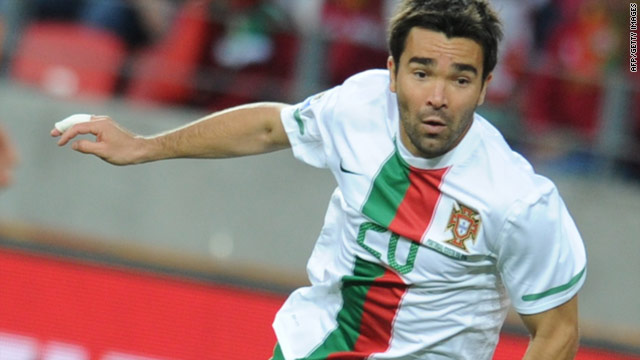 (CNN) -- Veteran Portugal international Deco is poised to end his career in the country of his birth after agreeing to join Fluminense, the Brazilian club announced on Saturday.

The 32-year-old midfielder will leave English champions Chelsea and sign a two-year contract on Monday, Fluminense revealed on the club's website.

"The vice president of Fluminense, Alcides Antunes, has officially signed Deco from Chelsea," a statement said.

"After intense negotiations, the player, who participated in two World Cups for the Portugal national team, got his release from the English club and will sign a two-year contract with the Tricolor. Deco will be officially presented to the press at 12:30 (local time) on Monday."

Deco, who played just once as Portugal reached the second round in South Africa, made only 14 starts for Chelsea in the Premier League last season.

He struggled to make an impact in England, having been signed by former Brazil coach Luiz Felipe Scolari in 2008.

Deco, who was born in Sao Bernardo do Campo in Sao Paulo state, was previously a big hit at Spanish club Barcelona, where he won the Champions League for the second time in 2006 following his triumph with Porto two years previously.

He started his career in Brazil, playing for Corinthians before Benfica took him to Portugal in 1997, and he subsequently played more than 70 times for his adopted nation.