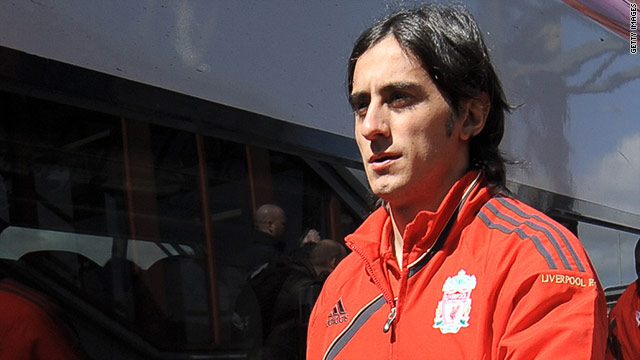 (CNN) -- Italy attacking midfielder Alberto Aquilani was confirmed as a Juventus player on Wednesday, after completing a one-year loan deal from English Premier League side Liverpool.

A statement on the official website of Juventus read: "Agreement has been reached for the loan of Aquilani with the option to buy him at the end of the season for 16m euros ($20m)."

During his time at Anfield, Aquilani -- who has been capped 11 times by his country -- scored two goals in 28 games for the Reds.

I should know [soon] whether [Mascherano] is going to play for Liverpool this season or Barcelona
--Roy Hodgson, Liverpool manager
RELATED TOPICS

Nemeth joined the Premier League side three years ago from MTK Hungaria and will now link up with former Liverpool player Albert Riera at his new club.

Meanwhile, Liverpool manager Roy Hodgson hoped that a transfer deal for wantaway midfielder Javier Mascherano could be wrapped up soon.

The tough-tackling 26-year-old Argentina captain has reportedly attracted interest from La Liga champions Barcelona, and Hodgson stated his intention to tie up any negotiations by Sunday.

"I am seriously hoping that in the next couple of days it will be sorted out one way or another ... although I have no idea which way that will be," Hodgson told the official Liverpool website.

"I wouldn't want to say he has played his last game for Liverpool. The negotiations are ongoing between the two clubs.

"[I think by] Sunday ... I should know one way or another whether he is going to play for Liverpool this season or Barcelona."