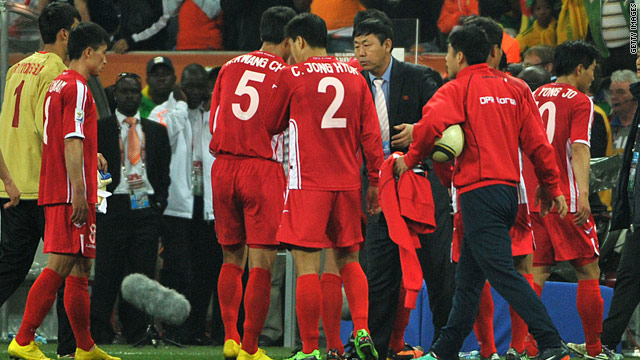 (CNN) -- FIFA says it won't be punishing the North Korean football federation over allegations that its players and coaches were publicly humiliated following their World Cup exit.

In a statement on its official website, the world governing body, described the allegations as "baseless" and said it had closed its investigation.

Pressure grew on FIFA to act after widespread reports that harm had come to head coach Kim Jong Hun and his squad after they suffered three defeats at the finals in South Africa in June.

FIFA sought assurances in a series of questions to the North Korean FA, centering on the reports and also allegations that the election of their president had been influenced by results at the finals.

In a letter, the Korean federation claimed that Kim Jong Hun and his team are "training as usual" and would be taking part in the 16th Asian Games.

It also responded that the election of its president had been held in "accordance with the statutes of the association" and came after a good performance against Brazil in their opening match in South Africa.

FIFA said it had "checked all of its sources," before calling a halt to the investigation.

North Korea's first appearance at the World Cup finals since 1966 began with some promise after they went down to a narrow 2-1 defeat to the Brazilians, who scored a late winner.

But they were subsequently thrashed 7-0 by Portugal in their second match and rounded off their campaign with a 3-1 defeat to the Ivory Coast in their final group match.