Hoffenheim held to a point at Cologne 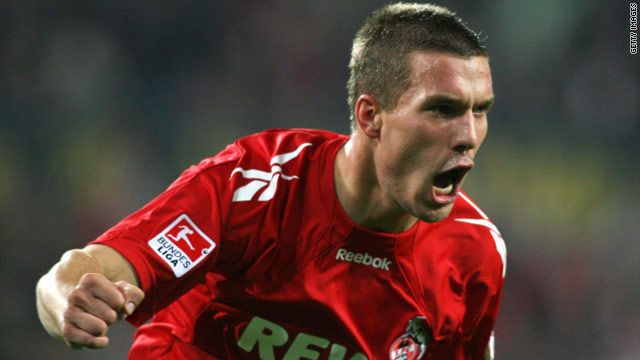 (CNN) -- Hoffenheim missed the chance to go second in the German Bundesliga after they were held to a 1-1 draw by Cologne.

Ralf Rangnick's side have enjoyed a good start to the season, with three wins from five games, though they couldn't get past a determined Cologne side.

It was the home side who struck first when Lukas Podolski collected Mato Jajalo's pass to fire into the net with 17 minutes gone.

Petit nearly doubled Cologne's advantage with a strike from distance but Hoffenheim goalkeeper Tom Starke was equal to it.

Cologne led at the break but Hoffenheim started the second period well with Sejad Salihovic and Luiz Gustavo both going close to an equalizer.

Hoffenheim's pressure told on 54 minutes when Christian Eichner fed Demba Ba and the Senegalese striker found the corner of the net.

Ibisevic forced a fine save from Mondragon as he headed Gylfi Sigurdsson's cross towards goal. Then Adam Matuschyk squandered Cologne's last chance as he put a header past the post late on.

Hoffenheim move into third place, four points behind league leaders Mainz, after maintaining their unbeaten away record, while Cologne climbed into 13th spot.

On Saturday, Mainz travel to defending champions Bayern Munich, who are languishing in mid table.