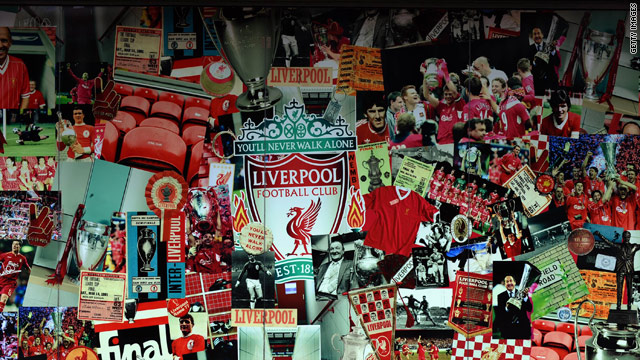 (CNN) -- The future of Liverpool Football Club will be decided in London's High Court next week after current owners Tom Hicks and George Gillett mounted a legal challenge to the proposed buyout by New England Sports Ventures (NESV).

Reds chairman Martin Broughton announced the sale to the company which owns the Boston Red Sox on Wednesday, but the American co-owners claimed the £300 million ($476m) offer "dramatically undervalues" the club.

Hicks and Gillett also allege that the sale, which is subject to Premier League approval, is not legally binding because two board members who approved the deal had already been sacked.

But Broughton says the removal of managing director Christian Purslow and commercial director Ian Ayre, and their replacement by Hicks's son Mack and his associate Lori McCutcheon, were not valid moves.

"The key thing is the court case," Broughton told the Liverpool website. "We need to go to the court to get a declaratory judgment, which is for the court to declare that we did act validly in completing the sale agreement, and then the buyers can complete the sale.

"I am confident. I wouldn't have taken the board through that process yesterday if I hadn't been confident."

Meanwhile, NESV posted a statement on Liverpool's website in which they confirmed their intention to clear the debt, reported to be between $397m and $445m, loaded onto the club by Gillett and Hicks.

"NESV wants to create a long-term financially solid foundation for Liverpool FC and is dedicated to ensuring that the club has the resources to build for the future, including the removal of all acquisition debt," it said.

"Our objective is to stabilize the club and ultimately return Liverpool FC to its rightful place in English and European football, successfully competing for and winning trophies."

Hicks and Gillett took out loans in the club's name to buy it in February 2007, promising to invest in a new stadium and new players.

But with the club's debts spiraling, the stadium project failing to get off the ground and the team struggling on the field, the owners have become targets for angry fans.

Liverpool failed to qualify for this season's lucrative European Champions League and the team is currently 18th out of 20 in the English league after seven matches -- the worst start to a season for decades.

"It's very positive and of course I'm delighted," he said. "It's been going on a long time and I know how hard the board have worked to set things up.

"I know it's not easy for them because the owners have other ideas in terms of the sale of the club and what is achievable.

"But I was delighted to hear the news and have it confirmed that it looks like it is going to go through."