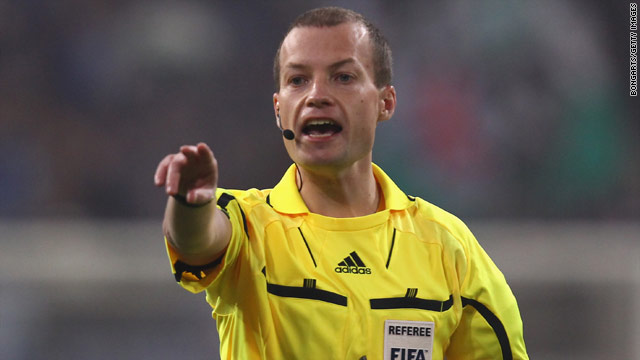 (CNN) -- The Scottish Football Association has confirmed that this weekend's fixtures will go ahead despite the strike by the British nation's elite referees.

The country's category one officials decided earlier this week that they would stand down in protest against increasing levels of criticism from players, managers and the media.

The SFA said on Thursday that it had failed to avert the strike despite promising "tougher and more immediate sanctions ... especially those who challenge their integrity and honesty."

To replace the striking referees, the SFA has brought in officials from across Europe to ensure that the six Scottish Premier League fixtures, three Scottish Cup replays and Sunday's Challenge Cup final will go ahead. It will be the first time that foreign referees have controlled Scottish matches.

"We have gone all across the UEFA area. I don't think the nationalities are an issue," chief executive Stewart Regan told the UK Press Association.

"What is important is that they are FIFA-listed, category one referees of the highest standard in their own countries and they are more than capable of refereeing in Scotland this weekend and have received SPL approval. But certainly every UEFA organization was on our list."

While referees from countries including Iceland and Northern Ireland refused to take part, Portugal and Poland will send 16 officials between them, the STV website reported.

PA reported that the cost to bring them over would be around $50,000 compared to the $300,000 shortfall if the matches were not played.

Regan told the SFA website on Thursday that the strike was "a sad day for Scottish football."

"After further positive talks yesterday, and having received the backing of both the SPL and the SFL [Scottish Football League], I felt that we had shown our commitment to the refereeing fraternity and that they had recognized that substantial progress had been made," he said.