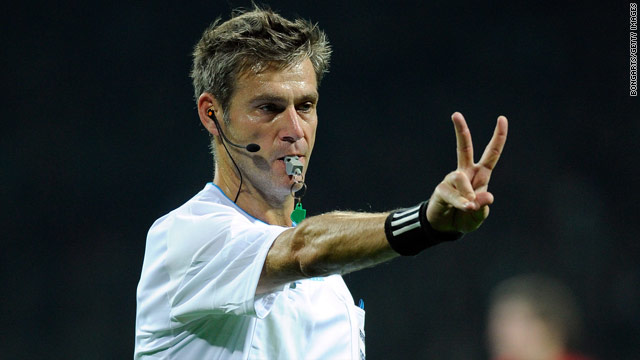 (CNN) -- This weekend's Scottish football fixtures have been curtailed as overseas officials scheduled to cover for striking referees decided not to help out.

Poland's football association withdrew its offer of 12 officials, while two refs from Portugal returned home on Friday after arriving in Glasgow, the UK Press Association reported.

The four remaining SPL games are expected to go ahead ahead despite the Portuguese officials Cosme Machado and Joao Ferreira having been scheduled for two of them.

Israel will provide officials for the other two, with Meir Levy to referee Hamilton Accies v St Mirren and Eli Hacmon taking charge of Kilmarnock-Aberdeen, also on Saturday.

Sunday's Challenge Cup final between Ross County and Queen of the South is still expected to be played.

However, two of the three Scottish Cup replays are off due to the Polish turnaround and 10 lower league matches have been postponed.

Scotland's category one officials decided earlier this week that they would stand down in protest against increasing levels of criticism from players, managers and the media.

PA reported on Thursday that the cost to bring in overseas officials would be around $50,000 compared to the $300,000 shortfall if the matches were not played.

"After further positive talks yesterday, and having received the backing of both the SPL and the SFL [Scottish Football League], I felt that we had shown our commitment to the refereeing fraternity and that they had recognized that substantial progress had been made," he told the SFA website.

It is the first time that Scotland has employed officials from outside its borders.

The 44-year-old Hamer has a decade of experience in Europe's top club competition, the Champions League, and has refereed Scotland matches at international level.