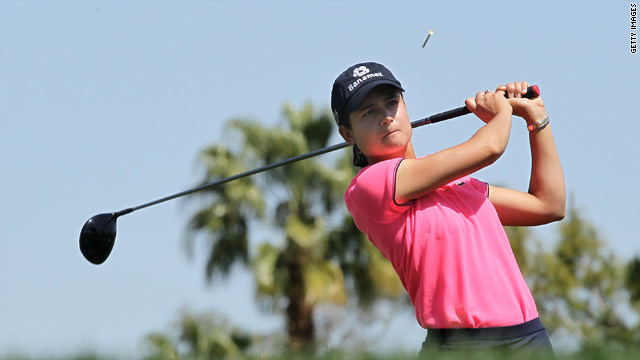 Lorena Ochoa has announced her immediate retirement from golf at the age of just 28.
STORY HIGHLIGHTS

(CNN) -- Lorena Ochoa, the world number one women's golfer, has confirmed on her official Web site that she will announce her retirement in a press conference in Mexico City on Friday.

The 28-year-old Mexican has hinted for some time that she was thinking of quitting to start a family, although the official reasons will be unveiled in the press conference.

The statement read: "Lorena Ochoa has confirmed her retirement from the LPGA, as some media reported today.

"Lorena personally will let her motives and more details in this respect be known this Friday in a press conference in Mexico City."

Ochoa has claimed 27 titles during her eight seasons on the LPGA Tour, winning the British Open in 2007 and the Kraft Nabisco Championship in 2008.

Rumors of Ochoa's impending retirement have been rife since she married married Andres Conesa -- chief executive of Aeromexico airlines -- last December and is now a stepmother of three children.

The news is a major blow to the women's LPGA Tour, which has suffered from a cut in tournaments and reduction of sponsors because of the global economy, and follows the retirement of former world No.1 Annika Sorenstam of Sweden in 2008.