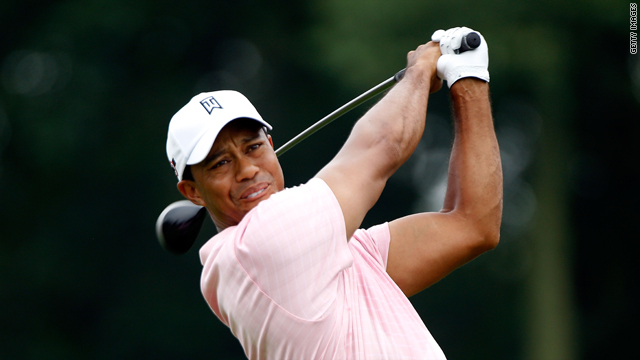 Tiger Woods watches his tee shot on the first hole during the third round of the Memorial Tournament at Muirfield Village Golf Club on Saturday in Dublin, Ohio.
STORY HIGHLIGHTS
RELATED TOPICS

(CNN) -- Tiger Woods found himself well out of contention in the third round of the Memorial Tournament in Ohio at 6-under 210, leaving him tied for 20th, PGA Tour.com reported.

The world number one who returned to PGA Tour action after a neck injury scored a 69, hitting a double bogey on the tenth hole when his tee shot went 45 degrees to the right and out-of-bounds.

Fowler shot 3-under 69 to lead Tim Petrovic (68) and Ricky Barnes, who scored a tournament-best 62.