Kaymer can deny Westwood in race to replace Woods as No. 1 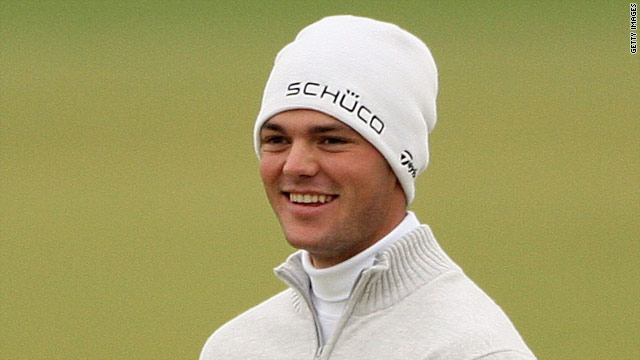 Martin Kaymer is in the form of his life after three consecutive tournament wins and a Ryder Cup triumph.
STORY HIGHLIGHTS

The German rose to fourth in the world on Monday after winning his third successive tournament on the European Tour at St Andrews, and now has the chance to overtake Woods, Westwood and American Phil Mickelson at the top of the game.

Westwood failed to achieve the second-place finish which would have seen him end Woods' 279-week reign on Sunday, but the Englishman could still top the rankings on October 31 providing the American does not change his plans and play before then.

However, Kaymer's decision to enter the Andalucia Valderrama Masters in Spain at the end of this month means the 25-year-old could yet be the one to take over from the off-form Woods.

Victory there would mean August's winner of the U.S. PGA Championship becomes just the 12th player to top the rankings since they were introduced in 1986.

Kaymer is the first player since Woods in 2006 to win three tournaments back-to-back, and the first golfer from Europe to do so since Englishman Nick Faldo in 1998.

After his latest triumph, Kaymer told reporters he had no idea why he was enjoying such a good run of form.

"I was never expecting it and I don't really have an answer for why I am playing so well at the moment," he said.

The win came less than a week after Kaymer was part of the victorious European Ryder Cup team who beat America at Celtic Manor in Wales, where he played with Westwood.

"The way he played with me last week was absolutely amazing. He played so solidly," Kaymer said.

"His putting was good, chipping -- the entire game was fantastic. I really see him as a role model."

Westwood will now take a month-long break from the sport to recover from an ongoing calf injury, which clearly hampered his progress at the home of golf over the weekend.

It is expected the 37-year-old will return for the season-ending championship in Dubai which starts on November 25.

The only way Woods can retain his five-year long stint as world number one is to play another tournament in October, but he is not due to return to action until the HSBC Champions event in China on November 4 -- where Westwood was also scheduled to appear.