Revived Woods homes in on first win in 2010 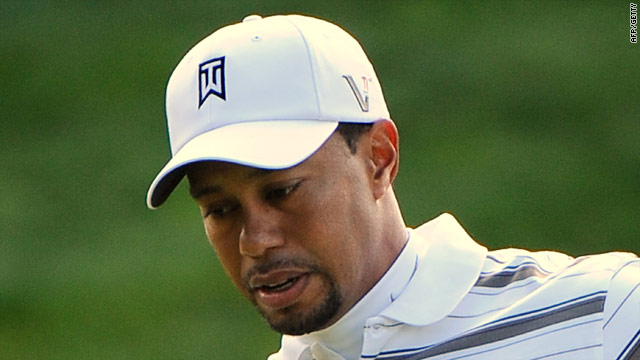 Tiger Woods pockets another birdie on his way to a four-under third round 68 in California.
STORY HIGHLIGHTS

(CNN) -- Tiger Woods is set to claim his first win of the year after a third round 68 at the Chevron World Challenge in California saw him maintain his four-shot lead over U.S. Open champion Graeme McDowell.

Woods is on 17-under 199 at the Sherwood Country Club, with third round partner McDowell giving lone chase on 203.

The next closest rival in the 18-man elite field is England's Paul Casey, who carded a 69 for 207.

"I'm excited about tomorrow because of the way I'm playing," said Woods, whose last win was at the 2009 Australian Masters, shortly before revelations about his private life which sent his career into a tailspin.

Woods finished with his sixth birdie of the day on the par-five 18th to give himself a more comfortable cushion for the final round.

McDowell had closed to within a stroke on the front nine after an early bogey from the world number two, but that was as tight as it got.

"I've got 18 more holes, and it's a process," Woods told reporters after his round.

"I know that we potentially could have some weather coming in here tomorrow, so got to be ready for that."

Woods has reason to feel at home at the tournament, which he hosts for his charitable foundation and has won four times.

It is not an official PGA Tour event, but does carry valuable world ranking points.

Meanwhile, Jim Furyk, who is also playing at the event, has been named the PGA Tour Player of the Year for 2010.

The 40-year-old American won three tournaments and the FedEx Cup playoff title. The award is decided by a vote of tour players.

Rickie Fowler was picked as Rookie of the Year.