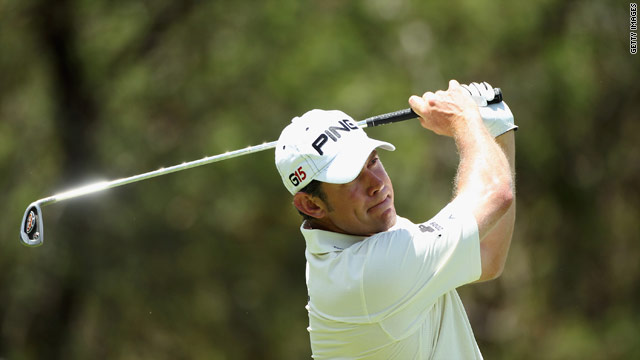 (CNN) -- Lee Westwood underlined just why he is the world's number one golfer with a runaway eight-shot victory in the Nedbank Challenge in Sun City after a final round four-under 68 on Sunday.

The 37-year-old Englishman chipped in from behind the 18th green to finish with a flourish, but the title was already long wrapped up after immaculate play from tee to green on the Gary Player Country Club course.

It was his fifth birdie of the round, with his solitary dropped shot on the 17th as he totaled 17-under 271.

Nearest challenger Tim Clark of South Africa carded a 71 for nine-under 279 with another home golfer Retief Goosen (68) finishing in a tie for third with Spaniard Miguel Angel Jimenez (71) a shot further back.

Westwood was delighted to have finally landed the title at the invitational 12-man event.

"I've been coming here for several years and it's a title I've always wanted to win," he told Sky Sports.

"I've come close a few times, lost in the play-offs, but it's always very special."

Westwood, who will go into 2011 at the top of the global rankings, had a five-shot lead over Clark and countryman Ross Fisher heading into the last day, but on a tough course knew victory was not a given.

"It's never over. It's sometimes even more pressure having a big lead because it's yours to blow.

"But I got off to a fast start and I got a few in front, so I felt pretty comfortable especially when I birdied nine and 10."

First round leader Fisher finished in a tie for fifth with South African favorite Ernie Els while Ireland's Padraig Harrington and defending champion Robert Allenby of Australia finished on three under.