Alonso vows to fight back after Euro GP disappointment 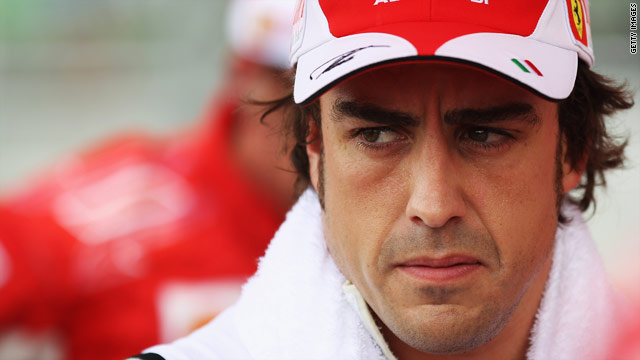 Alonso claimed the race had been "manipulated" after his title rival Lewis Hamilton, of McLaren, overtook the safety car but still managed to finish second despite being hit with a 20-second drive-through penalty.

The Spaniard left Valencia's street circuit frustrated after finishing in eighth place, securing only one point, and he later blamed the safety car incident for his poor finish calling the race "unfair" for those who "respected the rules and didn't overtake the yellow flag".

Alonso says he now regrets reacting "emotionally" and for saying things that "can be interpreted wrongly".

"I was very angry about everything that happened, " he told Ferrari's official website. "But now that anger has been transformed into positive energy driving a desire to fight back.

"What I meant was that those drivers who, like us, respected the regulations, unfortunately, in this situation, suffered much more than those who broke them, even though they were given a penalty," he added.

"And I am not referring to any of the drivers in particular. I was pleased to hear that the FIA has reacted promptly, calling an extraordinary meeting of the Sporting Working Group.

"I am confident, certain even, that all the points up for discussion will be cleared up in a comprehensive fashion."

Alonso now insists he has put the disappointment behind him and is now keen to get back to winning ways at the British Grand Prix on July 11.

"Right from Tuesday morning, my mind was already focused on the next Grand Prix at Silverstone, where we will try and channel all that accumulated energy into the car to try and make up for what escaped us, for one reason or another, in Valencia."