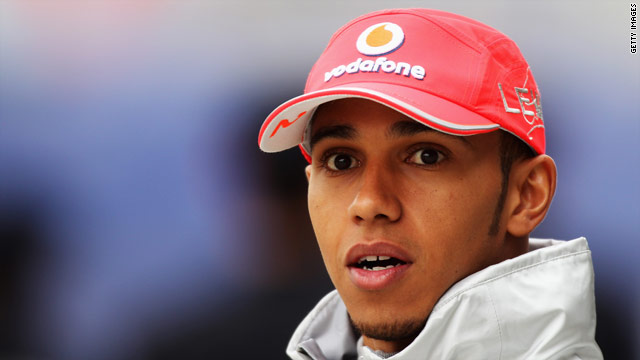 (CNN) -- Former Formula One world champion Lewis Hamilton has been handed a fine of 500 Australian dollars (350 euros) after being found guilty of driving offences prior to March's Australian Grand Prix in Melbourne.

The Briton -- who claimed the world title in 2008 -- performed some stunts in a borrowed Mercedes car outside the Albert Park circuit, including tricks in which wheels are intentionally spun and skidded, in front of waiting fans.

The 25-year-old McLaren driver was not in court but pleaded guilty by letter to "improper use of a motor vehicle," although he avoided conviction as it was his first offence.

The incident marked the beginning of a disappointing weekend for Hamilton, who only qualified in 11th position and eventually finished in sixth after an altercation with Mark Webber.

In passing the fine, magistrate Clive Alsop said Hamilton was a role model to young people and as such should have known better.

"This is about somebody in a responsible position behaving like a hoon (a term used in Australia to describe loutish or anti-social behavior)," he added.