Schumacher apologizes to Barrichello by text 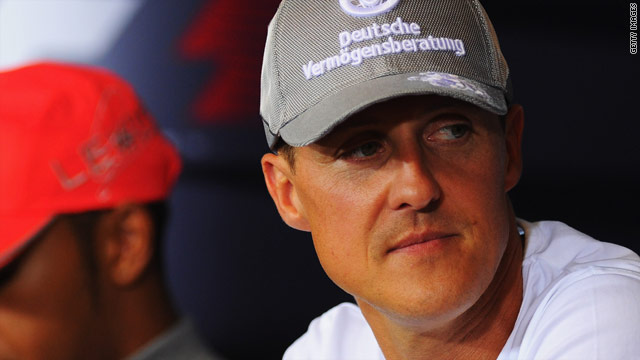 (CNN) -- Michael Schumacher has apologized by text message to fellow Formula One veteran Rubens Barrichello after their near high-speed crash at the Hungarian Grand Prix.

Seven-time world champion Schumacher faced a barrage of criticism after appearing to force Barrichello into the wall at the Hungaroring, as the Brazilian overtook him.

The Mercedes man used his personal website to offer an original apology and, now heading into this weekend's Belgian Grand Prix, has backed it up.

Barrichello is set for a landmark 300th career Grand Prix at Spa this weekend and Schumacher told gathered reporters at his official press conference Thursday about his double gesture.

"There were two reasons I sent the text. One of the main reasons is that it is his 300th Grand Prix and we have quite a lot of history together, so I thought it was appropriate to congratulate him," he said.

"Secondly, to clarify the point because he sort of felt that I wanted to push him against the wall and very clearly this was not my ambition.

"I wanted to race very tightly but without any contact. If he felt that this was the case, then I am sorry for that."

Barrichello earlier confirmed that his old German rival had messaged him.

He told AFP, "I received a message from him today, an SMS.

"Somebody said to him that I was under the impression he had pushed me on to the wall, and he said it wasn't the case and he apologized for that.

"I just said, 'thank you, no problem.' I accepted it, wished him a good weekend, life goes on."

Both men will be looking to improve their position in the title race as the championship resumes after the summer break.

Schumacher is in ninth place and Williams driver Barrichello 11th.