No new teams for 2011 Formula One season 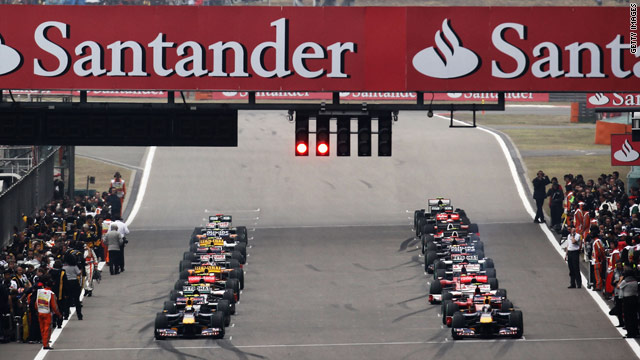 The Formula One grid will continue to have 24 cars on it for 2011 after all new applications were denied.
STORY HIGHLIGHTS
RELATED TOPICS

(CNN) -- The 2011 Formula One grid will not have any new teams on it after world governing body, the FIA, announced that their criteria for entry has not been met.

The current grid has 12 teams and 24 cars on it but various organizations -- including an American outfit involving former world champion Jacques Villeneuve -- had expressed an interest in becoming a 13th team for next season.

However, in a meeting at its Paris headquarters, the FIA confirmed in a statement: "None of the candidates meet the requirements to be granted an entry."

Meanwhile, the same meeting also confirmed that 2011 will see a record 20 races, with the Indian Grand Prix getting ratification.

Formula One supremo Bernie Eccleston had confirmed earlier in the year that a race in India was in the pipeline -- and a slot has been found in the calendar on October 30, although the circuit near New Delhi would still need to pass an inspection before being granted complete approval.

In other changes for 2011, Abu Dhabi will now be the penultimate race on November 13 and the traditional season-ending Brazilian Grand Prix at Interlagos will be on November 27.

The 2011 Formula One season begins in Bahrain on March 13.