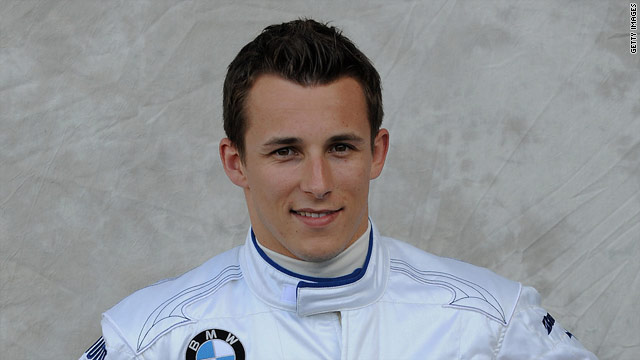 Yamamoto is suffering from food poisoning and will hope to recover in time for his home grand prix in Suzuka, Japan on October 10. For Austria's Klien, it will be his first Formula One race since driving for Red Bull Racing during the 2006 season.

"Because of this, Christian Klien will be driving the car this Friday (in practice) and the rest of the Singapore Grand Prix."

The 27-year-old Klien first made his breakthrough in Formula One with Jaguar in 2004, before spending two years with Red Bull.

Since then he has been a test driver for both Honda and BMW Sauber before making the switch to HRT.

Briatore, who worked with Schumacher in his days at the Benetton Formula one team, said the legendary German will have realized that, at the age of 41, he cannot compete with the younger drivers.

Speaking to the official Formula One website, the Italian said: "I think when he signed the contract he honestly believed that it was the right decision.

"The same way I think that he already knew that it was a mistake at the first serious test. Then he awoke to the fact of how alarmingly fast these youngsters are today.

"At 41, you simply cannot keep up with (Mercedes GP teammate, Nico) Rosberg and all the other guys."

The 60-year-old has also ruled out an imminent return to Formula One after he was forced to leave the sport following his role in race fixing at the 2008 Singapore Grand Prix.

"I want to have fun with what I'm doing -- that is my motivation and not the need for a job. At the moment I wouldn't have fun in Formula One," he said.

"At the moment I am happy with what I am doing -- being a dad, husband, and taking care of my investments."