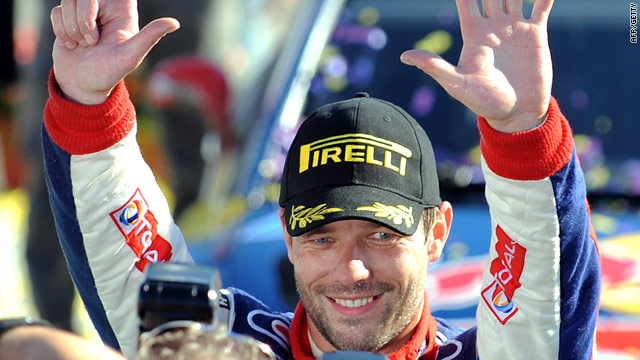 The Citroen C4 ace led from start to finish and capped a one-two-three for his team at the finish in Strasbourg.

But it was all about Loeb, who has won his titles in seven straight years and has guaranteed victory in this year's championship race with two races to spare.

After wrapping up his sixth win in 11 rallies this season, Loeb admitted it was great to clinch another world crown on home roads.

"This has been a very impressive rally. It has been very difficult and I didn't expect so many people to be here. This is the best result for me to win the championship here in France."

Sordo suffered problems with a water hose on his car and came in over 30 seconds behind his teammate, while Sebastien Ogier, the only man who could have denied Loeb the title, finished sixth.

The young Frenchman is 60 points behind Loeb in second place in the standings after a fine season, including a maiden success in Portugal.

Loeb can now relax, with Citroen also wrapping up the manufacturers' title, for the final two races of the season in Spain and Britain.