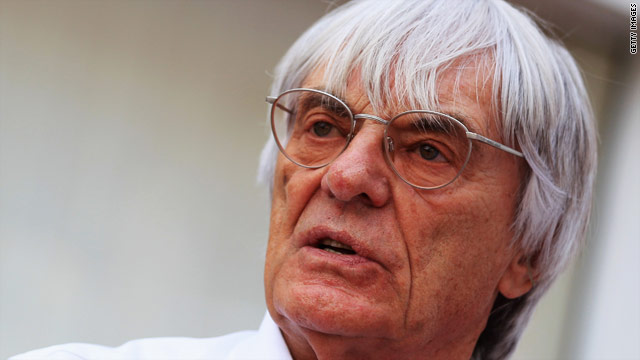 Warr took over the management of the of the F1 team in 1969, and enjoyed a successful career in motorsport in the 1970s and '80s.

"When Peter was in Formula One he helped me to build it to what it is today," the 79-year-old Ecclestone told the official F1 website on Wednesday.

"Not only have I lost a good friend but Peter Warr will be missed by the thousands of people that knew him."

As a driver Warr won the Japanese Grand Prix for Lotus in 1963, but his career in motor racing flourished when founder Colin Chapman asked him to become the manager of the team six years later.

The Briton guided Brazil's Emmerson Fittipaldi to win the world championship in 1972, before going on to run the newly-created Wolf team.

Warr then returned to his origins at Lotus in 1982, taking over as principal after Chapman's death. He worked with then-upcoming stars Nigel Mansell, Ayrton Senna and Nelson Piquet before stepping down from his role in 1989.

The former officer in Queen Elizabeth's Royal Guards became a steward for motorsport's governing body the FIA, and later secretary of the British Racing Drivers' Club.

Warr retired to live in France but was a guest at this year's season-opening Bahrain Grand Prix in March. The event saw the Lotus team return to F1 racing after a six-year absence.